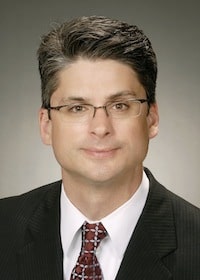 Past the details about premiums, deductibles, in-network and out-of-network providers, and the long list of covered prescription drugs, there’s usually a section in every health plan document called the “subrogation clause,” also known as the reimbursement clause.

The subrogation clause establishes the plan participant’s obligations to reimburse the health plan for medical benefits in the event the participant receives a legal settlement for an accident that caused their injuries.  Typically, the subrogation clause states that plan participants are first required to reimburse the health plan for all or a portion of the medical benefits provided before keeping any of the money won in a legal settlement.

Not many people pay much attention to the clause.  Some sponsors of self-funded health plans view the clause as a general protection for the health plan, but don’t examine the details of exactly how a legal settlement would be divided between the health plan, participant, and the participant’s attorney.  But in the event of an accident and lawsuit, the exact wording of the clause makes all of the difference determining who receives the payout and how much of it.

In fact, the United States Supreme Court recently made it clear in its ruling in US Airways, Inc. v. McCutchen that the terms of the health plan document prevail above all other arguments for a fair and equitable distribution of a legal settlement in a personal injury case.  According to the Supreme Court, equitable distribution of a settlement is determined by the plan document, not equitable doctrines often applicable in other legal settlements.

The case started when James McCutchen, an employee covered by the US Airways self-insured health plan, was injured in an automobile accident.  The plan paid $66,866 to cover McCutchen’s medical bills.  McCutchen sued the negligent driver, but had to settle for $110,000 despite having incurred much greater damages.  After the attorneys deducted 40% for the contingency fee and legal expenses, McCutchen came away with $66,000.

The US Airways plan required employees to reimburse the plan for claims it had paid on their behalf from funds recovered from third parties.  After learning of McCutchen’s settlement, US Airways demanded he reimburse the plan $66,866.  When McCutchen refused to pay the full amount, the airline sued.  After conflicting decisions in trial and appellate courts, the Supreme Court accepted the case.

The question before the Supreme Court was whether the plan’s claim for reimbursement should be reduced because McCutchen had only recovered a portion of his total damages, or because US Airways had not contributed towards McCutchen’s legal costs in obtaining the settlement recovery.

The Supreme Court held that because US Airways’ summary plan description did not address attorney’s fees, the reimbursement provision should be construed in accordance with the “common fund” doctrine, which requires all parties benefitting from a common fund to share recovery expenses.  Otherwise, McCutchen would have gone through the time and expense of a legal proceeding with no benefit to himself, essentially volunteering to serve as the collection agent for US Airways.  Thus, the Supreme Court directed that US Airways’ claim of $66,866 be reduced to account for McCutchen’s attorney’s fees.

The outcome of the case should spur sponsors of self-insured benefit plans to review and clarify the reimbursement provisions of plan documents.  Sponsors might consider counting attorneys fees in reimbursement calculations to give participants an incentive to pursue lawsuits when injured, as these recoveries ultimately lead to plan reimbursements.

Jason Mettley is an employee benefits attorney at Pittsburgh-based law firm Meyer, Unkovic & Scott.  He can be reached at [email protected]

Severance Agreements May Go Too Far

“Excessive Overtime” Rule a Problem for Many PA Health Employers