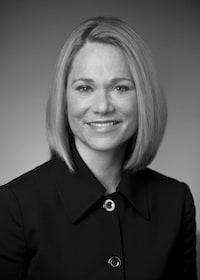 Rates of autoimmune disorders—including Crohn’s disease, ulcerative colitis, multiple sclerosis and type-1 diabetes—are relatively high across the developed world. According to the well-known “hygiene hypothesis,” there is a direct link between these high rates and Western society’s obsession with sterile, germ-free environments. Is it possible that improved hygiene, by ridding our bodies of parasitic worms (also known as helminths) and beneficial bacteria, made way for the newer problems of immune-mediated diseases?

In an idea originated by Joel V. Weinstock, M.D., Chief of the Division of Gastroenterology/Hepatology at Tufts New England Medical Center, and David E. Elliott, Division Director of the Gastroenterology-Hepatology Faculty at the University of Iowa, and recently summarized by Weinstock in an article published by the journal Nature, a significant reduction in exposure to helminths has eliminated a natural mechanism in our bodies that prevents the onset of certain autoimmune disorders. Furthermore, the reintroduction of helminths into our bodies might help treat some of the patients with these disorders.

Several ongoing clinical trials have produced early evidence that such treatment may be safe and effective. One approach comes in the form of a treatment involving Trichuris suis ova (TSO)—pig whipworm eggs. Studies, conducted initially by Weinstock and subsequently by others, have shown that once the treatment (purified eggs suspended in a tablespoon of saline solution) has been swallowed by a patient, the eggs take up residence in the gut and regulate the immune system in a way that can reduce a range of symptoms without any harmful side effects. The use of TSO appears promising since it does not multiply in humans outside of the gastrointestinal tract and does not enter the bloodstream.

Previous studies have indicated a positive response to the treatment in Crohn’s disease, ulcerative colitis and multiple sclerosis patients. Based on those studies, researchers are taking on the task of developing TSO as a drug, specifically a biologic. Both the U.S. Food and Drug Administration (FDA) and the European Medicines Agency (EMA) have allowed further testing. There are trials underway in Crohn’s disease, multiple sclerosis and autism, and others set to begin in ulcerative colitis, psoriasis, type-1 diabetes and other immune-mediated diseases.

The worms appear to have three major effects on the immune system: they seem to cause changes that activate regulatory T-cells which dampen immune responses and curb autoimmunity; they seem to act on other cells that prevent the “switching on” of dangerous effector T-cells, which normally leads to inflammation and disease; and they seem to alter the makeup of intestinal flora—they foster the growth of gut microorganisms typically considered “probiotic,” which help maintain intestinal health.

In August 2012, Coronado Biosciences of Burlington, MA, which has been heavily involved in the development of TSO, announced the initiation of a Phase 2 study of TSO in Crohn’s disease. The trial, known as TRUST-I (TRichUris Suis ova Trial), is currently enrolling patients and is expected to enroll approximately 220 patients, both males and females between the ages of 18 to 65, with moderately to severely active Crohn’s. Patients enrolled into the randomized, double-blind, placebo-controlled, U.S. multicenter study will receive either oral TSO (7,500 ova) or placebo once every two weeks, for 12 weeks. The primary endpoint of TRUST-I is the induction of response in Crohn’s disease, as measured by the Crohn’s Disease Activity Index (CDAI). The secondary outcome measure is induction of remission. The study will also have an optional-open label extension for patients completing the study.

Coronado expects to have approximately 65 clinical sites participating in this trial; as of this writing, three of the sites currently enrolling patients are located in Pennsylvania: Cherry Tree Medical (Uniontown, PA); the Digestive Health Center of Indiana (Indiana, PA); and the Donald Guthrie Foundation for Education & Research (Sayre, PA). For more information about the trial, including recruitment criteria, visit http://clinicaltrials.gov/ct2/show/study/NCT01576471.

As suggested by positive results from clinical studies conducted to date, the ova of parasitic worms such as Trichuris suis might hold promise in the treatment of a wide range of autoimmune diseases. Ongoing and future studies will sharpen our understanding of the efficacy of this approach and the viability of FDA-approved treatments based on it.

Karin Hehenberger, M.D., Ph.D. is Executive Vice President and Chief Medical Officer of Coronado Biosciences, a biopharmaceutical company focused on the development of novel immunotherapy biologic agents for the treatment of autoimmune diseases and cancer.

Stop Chasing Clients Once and for All: A Five-Day Plan...