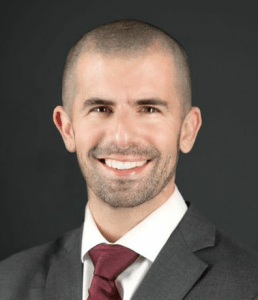 With the U.S. opioid epidemic continuing to rage, novel strategies are being implemented to mitigate the damage. In October 2016, for example, the Pennsylvania Department of Health took the bold step of distributing NARCAN® (naloxone) Nasal Spray, which has been shown to reverse the effects of opioid overdose, to 128 public high schools throughout the Keystone State.

This move was laudable since it could mean the difference between life and death for anyone who overdoses on school property. But it also raises two additional key issues of interest to the healthcare community: the specific advantages of the nasal spray formulation of Narcan and, more broadly, the potential of opioid antagonist nasal sprays to effectively treat a variety of other conditions.

Until November 2015, naloxone was only FDA-approved in injectable form and was only licensed for use by qualified medical practitioners. There were a few regional programs that permitted the distribution of injectable naloxone to law enforcement and other first responders; however, they required special training in order to administer it to those in need. Even trained first responders, using the injectable form, were cautious because of needlestick injury concerns. The nasal spray formulation—distributed by Adapt Pharma of Radnor, PA—is intrinsically easier for existing users and also for friends and/or family members of those experiencing an overdose and school nurses, to administer.

But apart from this, what many healthcare providers may still not fully realize is that the specific mechanism of action utilized by opioid antagonists means that other nasal sprays can potentially be developed for additional indications. Substance use, addictive and eating disorders are extremely common; more than 22.7 million Americans suffer from a substance use disorder, according to the Substance Abuse and Mental Health Services Administration (SAMHSA), while the National Association of Anorexia Nervosa and Associated Disorders (ANAD) reports that more than 30 million Americans struggle with an eating disorder. All three types of disorders are chronic relapsing diseases associated with long-lasting changes in the brain. Currently approved therapy options are limited and treatment cost is significant. In the quest for improved and more cost-effective solutions, attention is turning to opioid antagonists.

As research published in the Harvard Review of Psychiatry has reported, with chronic opioid use, the persistent release of dopamine progressively recruits limbic brain regions and the prefrontal cortex, embedding drug cues into the amygdala (through glutaminergic mechanisms) and involving the amygdala, anterior cingulate, orbitofrontal cortex and dorsolateral prefrontal cortex in the obsessive craving for opioids.

Similar mechanisms are believed to govern other destructive behaviors as well. The euphoric effects produced by the elevated levels of neurotransmitters are a powerful inducement for a person to repeat the specific behavior in question. In this sense, an approach that has proved successful in a treatment for opioid overdose holds the potential to offer treatment for a much wider array of conditions. To counter the phenomenon of reward system overstimulation, opioid antagonists can block the binding of opioids to their target opioid receptors, mitigating the activation of this reward circuitry and making these behaviors less tempting to those who would otherwise engage in them.

Indeed, Opiant Pharmaceuticals—which licensed its technology to Adapt Pharma, paving the way for the development of NARCAN® Nasal Spray—did not even set out originally to address the opioid epidemic. Instead, it was focusing on binge-eating disorder (BED) but switched its focus to opioid overdose once the magnitude of the U.S. opioid epidemic became clearer and the need for this type of treatment was crucial. The most common eating disorder in America, BED is characterized by recurrent episodes of eating large quantities of food, a feeling of loss of control during the binge and experiencing shame, guilt or distress afterward—and is a good candidate condition for an opioid antagonist nasal spray, one that is likely to be mitigated if the opioid receptors that are stimulated in the brains of those who experience it can be blocked.

The advantages of the nasal spray formulation have led to the realization that these sprays are potentially ideal for addressing the addictive behaviors that can be regulated by opioid antagonists that have been approved for use by the U.S. Food and Drug Administration. To this end, Opiant Pharmaceuticals has planned a series of clinical studies to begin in late 2016 and going forward. The coming years will show us just how versatile opioid antagonist nasal sprays can be—but based on how effectively they are addressing the opioid epidemic in the present, the future appears promising indeed.