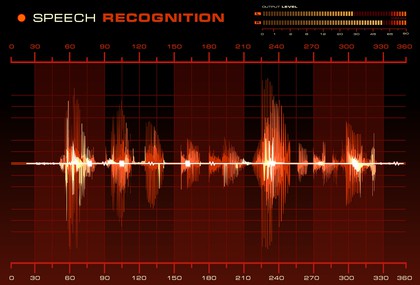 New technological developments offer hope for better and earlier detection of Parkinson’s disease. According to PubMed Health, Parkinson’s is a serious disease that affects people’s movements, coordination and muscle control. Among elderly men and women, Parkinson’s is one of the most common disorders of the nervous system. Although it typically develops in people older than 50, younger adults can get Parkinson’s.

A New Form of Diagnosis

Health professionals normally rely on measuring tremors, a symptom of the disease. New voice-recognition software could be a game changer in terms of Parkinson’s diagnosis and monitoring, reports Forbes.com.

The voice-recognition software is being used for smart phones and has been talked about for the past three years in PCWorld.com and Wired magazine. Sites could potentially offer the program for patients to use from their home computers and can store the tests and results on cloud hosting, storage, and backup for business and homeowners.

How This New Software Can Help

The program was developed by applied mathematician and Technology, Entertainment and Design Fellow, a free-entry program aimed for innovators under the age of 40, Max Little. The program is analyzes voice recordings for signs of Parkinson’s disease, stated on Forbes.com. The noninvasive and inexpensive program identifies certain anomalies in a person’s voice caused by the disease. This method can diagnose with an 86 percent accuracy, according to a blind study done with 50 voices, and 99 percent accuracy, when the recordings were from people in the mid to late stages of the disease level through a phone call, according to Forbes.com.

The Parkinson’s Voice Initiative is spear heading efforts to form a database of 10,000 voice recordings from around the world to improve the computer algorithms designed to detect signs of Parkinson’s disease. The initiatives goal is to have the voice recognition technology available to health professionals within the next two years.

Voice changes are common among people with Parkinson’s, though they are often unaware of the changes in the early stages. The disease may cause breathiness, whispering, speaking in higher tones, or a reduction up to 10 decibels in volume. With voice therapy, people with Parkinson’s may be able to regain a normal speaking voice, according to the Texas Voice Project.

Sometimes others can hear these changes in people’s voices but the computer algorithm is able to detect the changes more accurately and quickly, which can lead to earlier diagnoses. Little doesn’t expect the program to replace clinical experts. He wants it to be an inexpensive way to identify people whit a high risk of having the disease. For those with the disease, he says speech therapy can be used in-between check-ups with the neurologist.

The program could give doctors an improved ability to monitor the progression of the disease without having to physically see patients. Speech therapists would also be able to monitor how well their therapies are working for patients remotely, meaning better care and reduced costs. 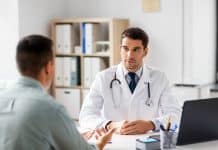 The Impact of Technology in the Future of Mental Health Treatments

Tools to Manage an eLearning Project

5 Tips to Save You From Costly Ransomware Payouts