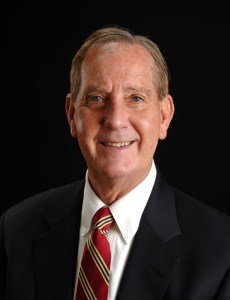 Alzheimer’s disease (AD) is a progressive, neurodegenerative disorder that is the leading cause of dementia in the elderly (60%), affecting 13-20% of people over the age of 65 years.

In AD, the synaptic connections between neurons degenerate, and when neurons lose their connections, they cannot function properly and eventually die. As neuronal death spreads through the brain, the brain itself starts shrinking in a process called brain atrophy.

Unfortunately, only a few medications have been approved to help control cognitive loss in AD, however, they do not stop or reverse the underlying disease process.  In fact, most new AD candidate drugs are failures. Only one agent has been approved since 2004 (memantine), and the failure rate since 2002 (excluding agents currently in Phase 3) is 99.6% (1). One major problem is that we do not know the cause of AD. Recent evidence suggests that neurons die as a result of toxic metabolites that are unable to be removed properly from the brain along the blood vessels.

New technology is urgently needed to identify large numbers of biomolecules in brain cells and related biofluids such as serum and CSF. At Protea, we call this “Molecular Information” – identifying the proteins, metabolites, and lipids, which are produced by cells, so that we can profile the molecular networks that define AD biological processes.

Detection of early stages of AD is difficult, thus there is an urgent need to find new “biomarkers” to predict, diagnose, and monitor AD. Mass Spectrometry, the gold standard for molecular identifications, is being used to identify candidate biomarkers in cerebrospinal fluid (CSF) and blood. However, Mass Spectrometry currently requires extensive sample preparation that is inadequate for common clinical practice.

Protea has developed a new bioanalytics technology, known as “LAESI” (Laser Ablation Electrospray Ionization) that enables the direct analysis and visual depiction of molecules in tissue without the need for sample preparation. Large molecular datasets are generated on native biological samples that can be visually displayed as 2D and 3D images.

At this year’s June meeting of the American Society of Mass Spectrometry (ASMS), a team of scientists from Protea and Waters Corp. (NYSE:WAT) presented the first application of LAESI technology to the molecular analysis of Alzheimer’s brain cells. LAESI was coupled to a mass spec platform known as TWIMS (“Traveling wave ion mobility spectrometry”), which allowed additional molecular information to be collected to help identify molecules of Alzheimer’s disease. Imaging human brain tissue sections by LAESI-TWIMS identified 165 lipids and metabolites mapping to normal or Alzheimer‘s brain tissue. Data analytics revealed that the molecules mapped in Alzheimer‘s brain samples pointed to a significant inflammatory response with lipid modifications compromising the brain tissue, corresponding to some of the latest publications on Alzheimer‘s disease. This data illustrates the capabilities of applying LAESI technology to gain a deeper understanding of significant clinical conditions, particularly in areas where little progress has been made. (2)

Protea is also collaborating with Roxana Carare, MD, PhD., the University of Southampton, UK, a leading AD research laboratory, that is studying the accumulation of amyloid-β (Aβ) and toxic metabolites in the walls of the blood vessels of the brain contributing to dementia. It is increasingly recognised that the failure of elimination of amyloid-β (Aβ) with increasing age is a major factor driving this pathway, exacerbated in individuals with the recognised risk factor for dementia the Apolipoprotein E4 genotype (APOE4). The dramatic failure of the many vaccination trials in Alzheimer’s disease since 2000 has been attributed to complications related to the accumulation of waste products in the walls of blood vessels.

This collaboration will apply LAESI technology to elucidate the above mechanisms and pathways, along with the combined effects of age, maternal and individual diet, and blood pressure on disease progression, forming the foundation upon which future AD research can be based.  Together with the opportunities to monitor progressive changes in vascular function, this new knowledge will enable enhanced risk assessment and diagnosis, evaluation of therapeutic and life-style intervention efficacy, and identification of new therapeutic targets.

With the availability of LAESI, a new, “big data” molecular information platform has now become available to identify and elucidate the molecular changes that comprise affected neurons in Alzheimer’s and other forms of dementia, offering the promise  of new biomarkers and points of therapeutic intervention for Alzheimer’s Disease.

Contributors to the Article: