In the last couple of years, some shocking statistics have revealed the level to which parts of society are addicted to prescription drugs, usually painkillers. It’s a silent kind of addiction, and not as well-known as some of the other addictions to substances like methadone or heroin. Still, it’s a huge problem, and in order to deal with it, we must consider ways of educating people as to the truth behind these statistics. With all public problems are their concurrent myths; this article aims to bust each and every one associated with prescription drug addiction.

All addictions should be seen as a disease and not the hedonistic overindulgence of an individual on a drug, The same and more can be applied to those addicted to prescription drugs; the majority of these individuals were not seeking pleasure, they were seeking (and were granted by practitioners) relief from extreme pain. The word ‘addiction’ is dirty and taboo in our society. We have to accept that it’s a problem that isn’t going away.

It Can Be Deadly

We’re used to hearing stories of people addicted to hard drugs to the extent that they tragically die from their substance abuse. This is the idea that we associate with dangerous drug use. However, the most deadly drugs in America are not those found illegally. They’re the ones prescribed to individuals on a daily basis to fight pain or to counter psychiatric disorders. Prescription medicine can kill, and does kill many people every day.

Which Drugs to Watch For

There are plenty of different variations on drugs, some of which have a slightly different active chemical compound in them but achieve essentially the same effect. Others are identical but branded under different names. The main three types of prescription drug that can cause addiction are:

As you’ll see, these are not life-changing drugs. You may have taken some yourself to deal with a health issue. But over-consumption of these drugs can cause severe problems for the mental and physical wellbeing of individuals.

Again, there is little public knowledge about how to treat someone with an addiction to prescription drugs. Thankfully, in the medical profession, there are tried-and-tested means through which individuals can be treated towards a full recovery.

Most individuals entering treatment require a period of detox, made more comfortable by the provision of small doses of non-addictive drugs, before a relatively intense but important period of therapy and rethinking that allows the addicted individual to emerge into a new dawn. If you’re interested in this process, you can click here for more information about how it works.

Across the world, hundreds of thousands of people are addicted to prescription drugs. They’re the silent minority, suffering from an addiction that is poorly understood and largely stigmatized. But if people can understand the truth from the myth, our society will have a greater chance of minimizing deaths and reducing addiction levels as a whole. 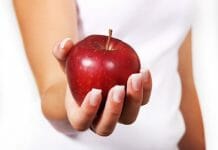 5 Stay Healthy Tips for Anyone and Everyone

Slow Juicer is the best in the Juicing world