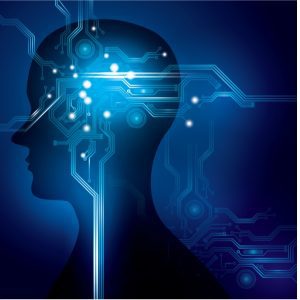 In the very near future, robots and machines will do many of the jobs currently performed by humans. Therefore, your future success will depend on your ability to connect with and relate to others in a way robots cannot. Authors Ed Hess and Katherine Ludwig share insights to help you harness your emotional intelligence in order to stay viable in tomorrow’s workforce.

We are on the cusp of a new era, led by artificial intelligence and deep learning. This so-called Smart Machine Age will lead to technology and robots outperforming humans in many tasks. This is bad news on the job front. In fact, research from the University of Oxford states there is a high probability that 47 percent of jobs in the U.S. will be automated over the next fifteen years. Further, based on that research along with independent research, the chief economist of the Bank of England predicted that the United States could lose upward of 80 million jobs during that time frame.

At first glance, you might think the solution is for you to become more robot-like to fit into this brave new high-tech work world. But Ed Hess says don’t start channeling your inner Mr. Spock just yet. On the contrary, the key to staying employable in the Smart Machine Age is to further excel at what makes us unique as human beings—our real, not artificial, emotional and social intelligence.

“Mr. Spock valued logic above all else, and frowned upon human beings because of their emotions,” says Hess, coauthor along with Katherine Ludwig of Humility Is the New Smart: Rethinking Human Excellence in the Smart Machine Age (Berrett-Koehler Publishers, January 2017, ISBN: 978-1-626-56875-4, $27.95). “However, in the coming Smart Machine Age, our emotional intelligence will be the very factor that makes us unique and employable.”

Hess and Ludwig explain that our emotions fuel our imaginations and enable personal connections to others in ways that machines cannot replicate. When we use our emotions to serve and collaborate with each other, there are no limits to our thinking, creativity, and performance.

“In the Smart Machine Age, you do not want to behave like a machine,” says Ludwig. “As smart machines take over more jobs, the most successful people will be those who can leverage their emotions and the best of their humanness to think better and be more creative, innovative, and collaborative.”

According to Hess and Ludwig, three steps are key to mastering human emotions in order to be more successful in the Smart Machine Age: (1) Increase positivity, (2) Actively manage negative emotions, and (3) Embrace the power of “Otherness.”

Increase positivity. Positive emotions help us think and relate at our highest levels. Leading research by cognitive, social, and positive psychologists, including Barbara Fredrickson and Alice Isen, shows that positive emotions enable and enhance cognitive processing, innovation, and creativity and even lead to better judgment and decision making. By contrast research has shown that negative emotions like fear and anxiety have the opposite effect. These can manifest in many forms: fear of looking bad, making mistakes, losing your job, or not being liked.

The strategy is two-pronged: One, generate plenty of positive emotions, and, two, stop allowing negative emotions to control your behavior and thinking. (More on the second prong in a moment.) You can change the ratio of good and bad feelings in your head by a shift in focus. You can take more time to notice the beauty of nature and the smiles of a young child. You can reflect upon something joyous in your life. You can think more often about the people and pets you love, the times you felt good about your performance at work, the times you felt appreciated by others. Practicing gratitude also increases positive emotions.

“To stay positive, I keep a list on my desk with five daily reminders,” says Hess. “They are: One, be positive. Two, take time to exercise and meditate. Three, just smile. Four, slow down at every opportunity. Five, avoid ‘drainers,’ by which I mean negative people. By focusing on these five things, I have been able to make a significant difference in increasing my own positivity.”

Actively manage negative emotions. Examples of negative emotions are anger, fear, anxiety, dread, and cruelty. Emotions usually last only 90 seconds unless you let them overtake you. You can let negative emotions float through your mind without engaging them. That is what meditation can teach you. You are not your ideas, and you are not your emotions. You have a choice as to whether to engage with an emotion or not. And you have a choice as to whether you allow an emotion to be translated into a behavior. Hess says: “I was never taught that I had choices about my emotions. I had to learn that emotions don’t necessarily have to lead to behaviors. It is not automatic—we make the choice about whether that happens.”

“One way to recognize when negative emotions are taking hold is to be very sensitive to physical changes that often accompany them,” says Ludwig. “For example, your heart rate may increase. You may feel warmer. You may feel tightness in your stomach. You may notice your fists are clenched. Then you should try to identify and label the emotion you are feeling. You can learn to calm yourself by taking deep breaths and engaging your thinking to get to the root of the emotions and reflect on something more positive in your life.”

Embrace the power of Otherness. Otherness is the ability to rise above our self-absorbed, ego-driven emotional defensiveness in order to connect to and emotionally relate with others. That’s crucial because we all need others in order to flourish, say Hess and Ludwig. We can’t reach our potential by ourselves. We need other people who can help us see past our cognitive biases and open our minds to new perspectives in order to think more critically, creatively, and innovatively.

Otherness requires building positive, caring regard and trust with others. If we trust someone, then we feel psychologically safe with them, and we can have the vulnerable kinds of conversations that enable collaborative relationships and breakthrough thinking and learning. In the Smart Machine Age, humans will be needed to do the highest levels of problem solving, thinking, and emotionally engaging with other human beings—jobs that smart machines will not be able to do. Those skills are hard, and they are emotional. All involve or require caring about and establishing positive regard and trust with others.

To build positive, caring trust requires behaviors. One must take the time to connect and relate with others in ways that demonstrate that you care about them. That means actually attending to the other with your full self—give them your undivided attention in the moment by facing them, making eye contact, smiling, and not multi-tasking. And really listen to them with an open, non-judgmental mind that is fully focused on trying to understand what they are saying.

“Mr. Spock was wrong about what we humans really need in order to flourish,” concludes Hess. “Our emotions—when properly cultivated—can propel us to the highest levels of human thinking and learning and fuel our connections to others. To that end, smart technology may be smart indeed, but we should focus on being more emotionally and socially intelligent. Embrace positivity and excel at managing your emotions and Otherness, because that’s what will help you thrive in the Smart Machine Age.”

High-Quality Healthcare and a Date are the Recipes for Happiness