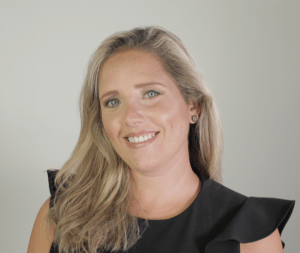 As has been extensively reported, risks for healthcare-associated infections (HAI) still remain high, despite updated protocols. It has been estimated that about 5 to 15 percent of all patients develop a healthcare-associated infection (HAI) in the United States per year, resulting in 99,000 deaths and an estimated $20 billion in healthcare costs. Various methods for the prevention and treatment in the hospital setting that have been studied in recent literature include a hydrogen peroxide vapor added to standard cleaning and ultraviolet environmental disinfection. Further, studies have reported that a daily oral dose of probiotics added to the standard preventative measures against C. difficile have been effective. Could probiotics also be used as an air and surface purifier in the healthcare setting?

The promise of probiotics

Probiotics have long been incorporated into a variety of foods and dietary supplements. As noted in the Annals of Nutrition & Metabolism, probiotics have demonstrated significant potential as therapeutic options; several important mechanisms underlying the antagonistic effects of probiotics on various microorganisms include the following: modification of the gut microbiota, competitive adherence to the mucosa and epithelium, strengthening of the gut epithelial barrier and modulation of the immune system to convey an advantage to the host. A clearer understanding of probiotics’ mechanism of action may uncover novel probiotic functions.

At the same time, a host of studies suggest that probiotics are now showing promise for clinical and industrial uses to help protect air and surfaces.

For example, a study conducted at the University of Ferrara, Italy and at Hospital Santa Anna di Ferrara, evaluated the impact of a Bacillus-based cleanser on the drug-resistance features of the healthcare pathogen population. Data from this study, as reported in PLOS One, showed that Bacilli spores can germinate on dry inanimate surfaces, which counteract the growth of pathogens and effectively substitute for them on treated surfaces. As the researchers note, “Strikingly, this procedure did not select resistant species, but conversely induced an evident decrease of antibiotic resistance genes in the contaminating microbial population.” As such, the researchers concluded that probiotic-based procedures may be beneficial for the management of HAIs.

In a case study conducted in 2014, the Enviro-Biotics™ probiotics system developed by Better Air was installed at eight strategic zones (including a sitting room, recovery room and waiting room) within Beit Gadi Medical Center in Israel. Air and surfaces were sampled prior to installation and following a treatment period of approximately three weeks. Initially, among additional problematic species, significant counts of pathogens—including Staphylococcus sp. and Pseudomonas sp.—were detected on various surfaces and in the air. At the conclusion of the test period, no fungi or bacteria at all were detected on surfaces and only the Bacillus probiotic released by the Enviro-Biotics™ system was detected in the air.

The Enviro-Biotics™ system works by distributing a specific probiotic vapor compound—Bacillus ferment—that may nourish and protect individuals staying at healthcare facilities by consuming matter found in biofilm that harbors harmful bacteria. Rather than aiming to eliminate bacteria, harmful or not, as is traditionally done, the probiotic that is distributed into the air settles onto both hard and soft surfaces and has shown to become the dominant microbe in the treated zones, which may lower the risk of eventual pathogen outbreak.

Designed to tap into a healthcare facility’s existing HVAC systems and air ducts for continuous and periodic cleaning, the Enviro-Biotics™ system—which is fully customizable and programmable—is available in various models for different space sizes: from a small apartment to a skyscraper.

In addition to the most obvious surfaces on which pathogens congregate and spread in hospitals and nursing homes—such as linens and room curtains—the probiotics can also help protect keyboards, carpets, countertops, chairs, door handles and many more objects. The odor associated with bacteria is mitigated as well. Of equal importance, the probiotic vapor is 100 percent natural, biological and nontoxic.

Healthcare professionals across various disciplines are recognizing the value of  probiotics; they may become a key tool in the ongoing battle to minimize HAIs and can be added to the standard of care. With increasing attention on this serious issue, this technique—which maintains a healthy microenvironment—may prove successful.

Taly Dery is CEO of Better Air North America, a market developer of the world’s first probiotic air and surface purifier. The company is dedicated to improving quality of life by bringing balance to indoor living and work spaces by replenishing them with beneficial Enviro-Biotics.™

5 Tips for Getting Into Medical School

Mainstream Aspects of Health and Wellness Once Considered Taboo