It is no news that drinking wine, eating chocolate, and having sex are few of the best things you can do to your health. The benefits of sex to our physical health is known to us (burns calories, lowers blood pressure, helps the immune system). But are you in the knowledge of some of the fantastic advantages of sex to our mental health? This article thus seeks to reveal some of these psychological benefits of sex.

To be honest, I understand this. Often, when I am feeling insecure, it is because I don’t feel heard, seen, or desired by others. This is very sensible because when you have sex, you feel wanted, physically nurtured, and amazingly good about yourself. This boosts your self-confidence and re-affirms your desirability.

Having sex effects changes in your brain chemistry in diverse ways, and there is proof that sex improves or increases your cognitive capacity. A particular study revealed that even thinking about sexual encounters in the past can enhance your analytic thinking skills.

A study by Oxford University and Coventry University showed that adults who had sex weekly were better performed on word recall, cognitive tests on memory, and verbal and visual recognition. Also, researches have shown that women who have sex more often or frequently found it more comfortable when recalling abstract words, proving that sex might be more effective than reading your dictionary when it comes to keeping your mind alert.

During sexual activity, blood flows into your brain, carrying a surge of oxygen and nutrients to the brain cells. Research shows that after sexual activity was stopped, improvements in brain power were lost as well. If I were you, I would reach out to my partner immediately for more sex. In case you don’t have a partner, you can employ the use of sex toys or purchase a sex doll at sexdoll.com so as not to be left out of this fantastic benefit associated with sexual activities.

A study published in Biological psychology revealed that frequent sexual intercourse was linked with lower blood pressure (caused by stress) among couples or cohabiting participants. According to Dr. Lee, orgasms trigger the flow of endorphins, which are the feel-good chemicals emitted or secreted by the brain that act as an effective painkiller.

Pressures from our workplace and life, in general, make it a hurdle at times to maintain a stable relationship. For whatsoever reason, couples or partners often do not have time for sex, and this can be the beginning of both of you drifting apart or resentment for each other. Regular sex with your spouse or partner makes a significant difference in how you get along. Being sexually intimate daily allows you to emotionally connect with your partner on a much deeper level (because positive hormones are emitted in the act of sex).

We spend millions and billions of dollars every year on procedures and chemicals in the pursuit of youth. Recent British findings show that having regular sex can make both women and men look between six and ten years younger than they are. Sexual intercourse causes the release of a human growth hormone, which releases a range of biological reactions with the ultimate effect of making the skin look more smooth and elastic.

Intercourse also sets the release of estrogen, which enhances the quality of skin and hair. Looking and feeling younger brings a lot of benefits, such as increased happiness, confidence, and enthusiasm. And having sex more often has also been associated with living longer in general.

Sexual intercourse can help both the male and female partner nod off after the activity, feeling comfortable and relaxed are significant factors in reaching that state of orgasm. It makes sense that there is a tendency to want to doze off right after.

Having sex releases a few good-feel chemicals, including endorphins, serotonin, and oxytocin- and make people forget all about their nagging headache. In 2013, a study done in Germany showed that 65% of people suffering from migraines felt better after engaging in sexual activities. The same research carried out for those suffering from cluster headaches revealed that 37% of people felt better after sexual activity.

In conclusion, sex is beneficial to our physical and psychological health. So let’s engage in it more often and reap its dividends. 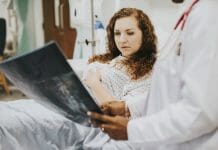