The International Classification for Disease (ICD) was created by the World Health Organization as the standard diagnostic tool for epidemiology, health management and clinical purposes. In October, the Centers for Medicare and Medicaid Services required that all health care providers begin using the latest revision of the classification list, also known as ICD-10.

Ahead of the Oct. 1, 2015 implementation date for ICD-10, the horizon looked bleak. There were concerns that EHR vendors would not be prepared for the addition of tens of thousands of new codes or that revenue and even productivity might be affected by the updated coding.

Just two months before the deadline, 57 percent of respondents to a survey commissioned by Navicure and conducted by Porter Research said they were in varying states of preparations and not necessarily on track.

Considering all the gloom and doom predictions, we thought it might be helpful to check in on how the transition actually went for health care groups.

Now, more than seven months since the implementation of ICD-10, we’ve reached out to doctors across the country to get their take on how the switch to the new coding system has gone in their practices.

Recently, we posed the following question:

Has ICD-10 been effective? Has the transition to ICD-10 been more or less turbulent than you expected?

Here’s how they responded:

“Overall, yes, the transition has been effective. It’s been less turbulent than I expected. The main reason is that our practice began preparing well in advance and we were able to engage the enthusiastic support of the physicians working with administration and billing to ensure a smooth transition.”
– Robert L. Falk, MD, is a staff radiologist with Radiology Specialists of Louisville in Louisville, Ky.

“I think the classification is a good start to a very complex issue, but as with all of these types of issues, it will need some further refinement. Since we were early adopters, the transition has not been too difficult for us. We were working with it over the past three years so we had a lot of experience.”
– Dr. Joel C. Robertson is the founder and CEO of Robertson Health, a multi-faceted organization dedicated to making a lasting impact on healthcare around the world through a network of for-profit and non-profit organizations.

“There have been no major differences in our practice. The transition has been less turbulent than we expected. We were warned that it would be disruptive, but our billing people did a great job and we were ready for it.”
– Jay Sokolow MD FACR, is a Connecticut-based radiologist who received his medical degree from University of Vermont College of Medicine and has been in practice for more than three decades.

“I have had no major problems with implementation of ICD-10. So far, it has been effective. The transition has been less turbulent than we expected. The billing company was prepared and there was no major impact.”
– Dr. Ari Geselowitz is a State College, Penn.-based radiologist who’s been in practice for three decades since graduating from Penn State University College of Medicine.

“Yes, I believe ICD-10 has been effective. It has been less turbulent that we expected, largely due to the use of AllScripts as our EHR/EMR program. ICD-10 codes were pre-mapped to existing ICD-9 codes, and this made a tremendous difference.”
– Joshua Davidson, MD, MPH is a Lead Clinician and Allergy/Immunology Specialist with HealthCare Partners Medical Group in Redondo Beach, Calif.

Even though it’s still too early to determine the long-term effectiveness and impact of ICD-10, there’s at least one organization that has declared implementation a victory.

“The Cooperative Exchange, the National Clearinghouse Association, is pleased to report that the ICD-10 implementation has been a non-event attributed to good ICD-10 planning, education, testing and industry collaboration,” the organization said in a statement earlier this year. “Overall, the majority of the industry has transitioned with minimal material impact to date.”

This physician survey was conducted by PracticeSuite, helping over 25,000 medical professionals worldwide. 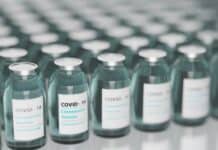 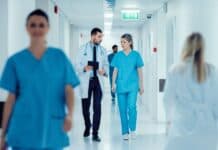 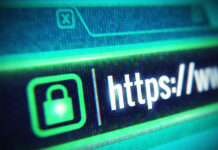