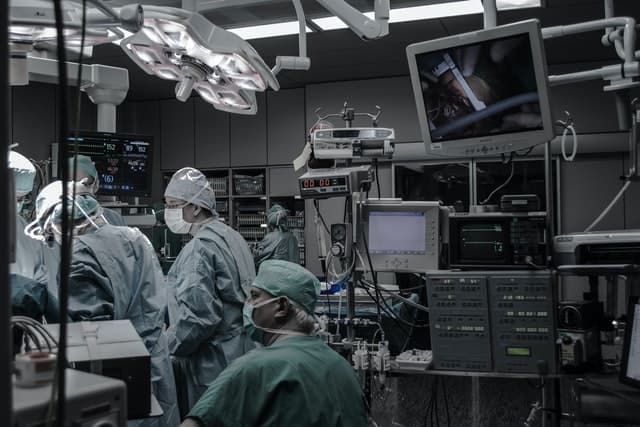 The pandemic uprooted more lives than we can ever count – and, beyond that, entire industries which, until the beginning of 2020, had stood strong for many decades.

It goes without saying that the medical world experienced the strongest impact from Covid-19, and that many areas of development and treatment were forced to shrink or, worse still, suspend themselves indefinitely in order to make room for the monumental demand posed by the pandemic.

Still, out of great adversity comes many opportunities for growth, progress and positive change, and the medical community is no exception. Keep reading to find out about a number of pivotal medical innovations that continued to progress in spite of the pandemic.

Capable not only of drawing soft tissues gently out of the way of the surgeon during an operating – as all retractors are designed to do – but also of enabling incredibly small adjustments to be made single-handedly, by the surgeons themselves, and of improving the line of sight for the surgeon by clearing and lighting the incision for greater control, accuracy and efficiency, June Medicals self-retaining surgical retractor offers a remarkable boon to the global surgery community.

Angela Spang’s innovative work has already been recognised by the Queen’s Award for Enterprise – an achievement which puts into perspective quite how momentous the creation of this new device really is for the medical world.

A New Hope for Those Suffering from Cystic Fibrosis

Put simply, cystic fibrosis is a debilitating genetic condition that causes the body’s natural production of mucus to be both sticky and thicker than it is in those not suffering from the condition. As a result, it builds up around the body’s internal organs and, over time, interfere with their usual functions. Patients suffer a long list of draining symptoms, with some of the most common occurring within the lungs, and rendering them far more vulnerable to lung infections.

Now, however, a new treatment used to target pseudomonas aeruginosa (a common cause of infections in cystic fibrosis patients) is proving up to 100,000 times more effective, according to a number of studies published in the first half of this year.

While awareness is often limited within the Western world, the fact remains that malaria presents one of the most pressing health concerns of our modern age. Famously transmitted via the saliva of the near-unavoidable mosquito, this disease is at once incredibly common in many parts of the world, and highly dangerous.

For many years, travellers to affected areas have taken a course of antimalarial tablets in order to mitigate the risk, but factors such as poverty and scarce resources make it impossible for those living and working within high risk areas to do the same.

Now, however, a new lifeline looks ready to be extended to those most vulnerable to the disease. In May of 2021, Halidou Tinto and his team of researchers confirmed that their malaria vaccine passed phase two of its clinical trial – thus bringing it one step closer to widespread deployment in areas which have been consistently brought to their knees by this disease.

Ways Invoicing Software Can Help You Grow Your Business

How Soon Should You Contact a Personal Injury Lawyer

How to Hire Subcontractors for Your Building Project

Signs Your Water May Be Contaminated