Face-eating cannibal zombies. Naked men growling at police while hiding under a slide at a children’s playground. American media is awash with stories about crazed men and women intoxicated on what they call “bath salts”, but what are they really? Why would anyone deliberately ingest something that has a very high likelihood of making them psychotic? What should healthcare practitioners be on the lookout for with their own patients?

To answer our first question we have to say first and foremost these drugs are not actually bath salts. They are sold as “bath salts” simply to avoid detection and suspicion. One cannot exactly place on their website or convenience store shelf, “High-Powered Stimulant with Hallucinogenic Properties!!” can they?  “Bath Salts” typically refer to a drug called MDPV, or Methylenedioxypyrovalerone. MDPV is a potent stimulant similar in structure to MDMA (Ecstasy), but at Greenbriar our patients tell us there is little similarity between the two drugs. MDPV is most often used intranasally, but can be smoked, swallowed, or injected. Our patients disclose that the “high” is around 3 hours, but the physical effects (tachycardia, bruxism, hypertension, insomnia and other effects) can last up to 10 hours. This is significant because when the “high” wears off patients frequently re-administer, and are thus compounding the physiological effects.

Generally the only practitioners that will come in contact with a patient under the influence of MDPV are Emergency Room physicians and nurses, and this is always because something has gone wrong. The generally accepted treatment is IV/IM benzodiazepines to reduce the drug’s effects on the brain and body, but this does not always reportedly work; in those cases general anesthesia had to be used. It is also important to note that IV fluids are recommended to reduce the risk of rhabdomyolysis.

It is also significant to mention that MDPV is not the only new designer drug out there. There is mephadrone, another stimulant, and also “Spice” and “K2” which are chemically similar to THC. There is also widespread use of these chemicals; they just have not been involved in anything as gruesome as what happened in Miami. In the drug and alcohol treatment field we used to only see this type of drug used by teenagers and young adults. This is no longer the case. More and more adults are using this type of chemical because they are very hard to detect in a typical urine drug screen. We have seen a fairly dramatic upswing in patients reporting they consistently use or have used MDPV and others specifically to beat a urinalysis. We have seen many professionals and students all using “bath salts” and the like.

The reasons this is concerning are obvious. We are experiencing another wave of designer drugs, and it is not the “typical user” doing them. It is important to remember this happens every few years, and is really not anything new. We saw it with ecstasy, crystal meth, ketamine, and now these drugs. Unfortunately, we now have to add more drugs to our drug test panels, more knowledge to our repertoire, and keep our eyes open for the signs and symptoms of their use. In this field we are always two steps behind, but we do catch up!

Christopher Cook, B.A.,CADC is a member of the clinical and community services team at Greenbriar Treatment Center. Through Greenbriar, he provides trainings on topics such as Substance Abuse in the Workplace, Current Drug Trends, Drug Testing 101, and other topics related to substance abuse. He also performs clinical evaluations and admissions at Greenbriar. In order to reach him: [email protected] , or 724-255-8571. 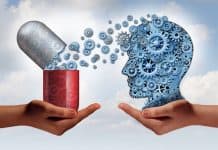 Learn about opiate addiction and treatments

How to Beat Addiction in Nine Steps

Sober Living is More Important than You Think