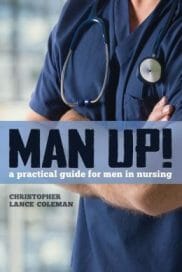 According to statistics from the American Association of Colleges of Nursing, men comprise just 7 percent of U.S. registered nurses, 5 percent of nursing faculty teaching from the baccalaureate to the PhD, and 4.5 percent of school of nursing deans (2012).

Although men have been trying for decades to push past gender biases, they obviously still exist. Now, male nurses are speaking out, extending a helping hand to all men who might need some encouragement to follow their dream.

Man Up! A Practical Guide for Men in Nursing by Christopher Lance Coleman, PhD, MS, MPH, FAAN, and some of the most successful male leaders in nursing today as contributors, attempts to shake up the status quo.

The book, published by the Honor Society of Nursing, Sigma Theta Tau International (STTI), is timely. In 2010, the Institute of Nursing challenged the profession to diversify its workforce by gender, and to look at how recruiting men could reduce the nationwide nursing shortage.

“I believe men need a guide, a blueprint to use to navigate through the complexity of specialty choice and a culture where, frankly, a gender disparity still exists. This is an opportunity of a lifetime for men not only to change the face of nursing in the 21st century, but also to reshape the public image that nursing is a women’s profession,” Coleman says.

Man Up! A Practical Guide for Men in Nursing is the only book on the market about men in nursing that is written and edited solely by males. Purchase the book atwww.nursingknowledge.org. 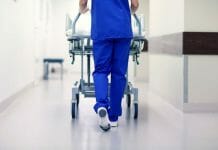 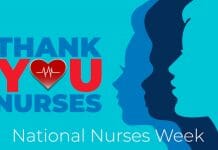 Send Us Your Stories and Photos for National Nurses’ Week 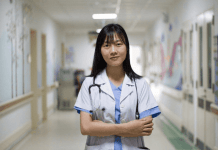 A Force to Be Reckoned With: Millennial Nurses Bring Growing Numbers and Higher Expectations to the Work Environment 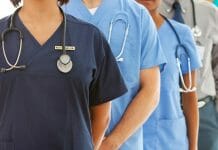 Pennsylvania is Feeling the Effects of the State-Wide Nurse Shortage