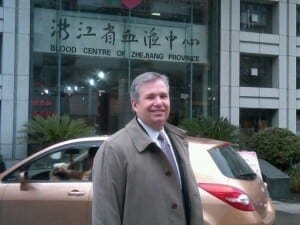 By John A. Hagins

On the request of the American Red Cross and Association of Donor Recruitment Professionals (ADRP), this spring I presented lectures at six Chinese blood centers concerning donor recruitment best practices. In turn I experienced first-hand that while blood center operations differ between the two countries, the need for blood transcends all national and cultural barriers.

My itinerary included blood centers in Changsha, Guangzhou, Hangzhou, Jinan, Shijazhuang and Zhengzhou, all located in eastern China. The lecture series was planned by Caridian BCT, which sponsored the itinerary and was in  response to feedback from Chinese blood center officials seeking assistance in improving their volunteer blood donor recruitment programs. In recent years China has transitioned from a paid to volunteer donor program. With double digit growth projected annually for the foreseeable future primarily due to increased access to healthcare and a corresponding increase in the number of surgeries and treatments that often require blood transfusions, Chinese blood centers realize that they must expand their recruitment efforts.

Blood centers in China are much more decentralized than in the United States. There are approximately 390 Chinese blood centers that function in a fairly independent manner, with local blood center directors, who are usually physicians, determining donor eligibility as well as collection, manufacturing and distribution standards. For example, a blood center in one province may permit individuals to donate blood four times a year while a center in a neighboring city but different province may permit someone to donate blood six times each year. Such differences mean that Chinese blood centers cannot share blood products across provincial boundaries, unlike U.S. blood centers which commonly share resources and follow the same blood collection regulations.

In China, blood donors give 250 ml donations while in the United States most give twice that amount, or equivalent to a pint of blood. From a practical perspective, almost all blood collected in China is donated on buses. While we use such vehicles in the United States, the vast majority of donations are given at donor centers or onsite at businesses, schools, hospitals, churches and other community centers.

Although methods differ, blood donors in the U.S. and in China help to save lives. After visiting the first two blood centers, I had the weekend to explore Beijing and the surrounding area. With me were my interpreter, Jason, and a guide, Lee. As we were travelling to The Great Wall, Lee inquired as to what I did in the United States. When I told him I worked for a blood center, his face became animated.

Of course when you talk about blood anywhere there are always those who feel a little uneasy. In this case it was not unease but an understanding of the importance of having donated blood available. Lee explained that six months ago when his wife was giving birth to their child, things did not go well. She ended up losing a lot of blood and after the baby was born, she needed a blood transfusion.

Lee was astounded by the almost immediate impact the transfusion had on his wife’s condition and after the transfusion she recovered nicely. He is so grateful that someone took the time to donate blood so that his family could be happily living together.

As I visited the six centers and listened to the struggles that the blood centers experience in recruiting blood donors, I realized how similar the experiences are to those in the United States. Overcoming lethargy, fear and very busy life schedules is a constant effort for blood centers in both China and the U.S. I think the important part is to recognize that there are people throughout the world who care enough to recruit, collect and process blood products to meet patient needs and there are millions of people who are willing to give of themselves, give their blood, to help a total stranger in need.

In coming years our region looks forward to additional opportunities to support and share with our peers in China.

John A. Hagins is the CEO of the American Red Cross, Greater Alleghenies Blood Services Region. An active member of the American Association of Blood Banks (AABB), Hagins has presented on multiple topics including quality of life for collections staff, managing recruitment activities and apheresis platelet donor recruitment and collection. Hagins served on the AABB donor recruitment/public relations committee and is past ADRP president. 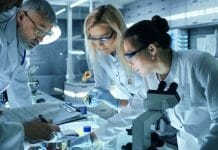 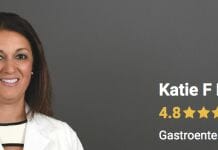