On December 7, the Jewish Healthcare Foundation (JHF) Board of Trustees approved grants totaling $1.5 million, including grants to: improve quality of life for homebound elders by launching the Virtual Senior Center in Pittsburgh; provide startup funding for a program to identify and treat perinatal depression; establish the Stuart Altman Endowed Chair at Brandeis University; renew its block grant to the Jewish Federation of Greater Pittsburgh; and renew its contribution to the United Way of Allegheny County’s Impact Fund.

There are approximately 211,000 older adults (age 65+) in Allegheny County, and about 35,000 of those seniors are at risk for becoming isolated – a scenario that can damage physical and mental health, diminish quality of life, and even lead to premature death. To prevent isolation among seniors who are homebound due to physical limitations or caregiving responsibilities, JHF has partnered with technology experts and local elderly-serving organizations to bring the Virtual Senior Center to Pittsburgh.

“The Virtual Senior Center builds on the Foundation’s 25-year commitment to improving – and redefining – the golden years for our region’s seniors,” says JHF President and CEO Karen Wolk Feinstein, PhD. “Imagine the ability, from your living room, to become immersed in world class opera and ballet at Lincoln Center, talk to the curator at the Metropolitan Museum of Art, or explore the National Mall. The Virtual Senior Center delivers these experiences, and thousands of other enrichment opportunities, to seniors. They’re not passively staring at a screen – they’re engaging in life, staying socially connected, and making new memories.”

JHF, in partnership with Selfhelp and the Jewish Association on Aging (JAA), will conduct a pilot with around 100 Virtual Senior Center participants in common areas and individual units in assisted living, rehabilitation, and personal care facilities, providing training to participants as well as staff who can facilitate the platform’s use. The pilot phase will also engage the JAA’s AgeWell partners. JHF will develop a coalition of organizations, such as the United Way, Allegheny Area Agency on Aging, and Carnegie Mellon University’s Quality of Life Technology Center, to expand the Virtual Senior Center’s reach in the Pittsburgh region. JHF will also look to develop partnerships with cultural institutions, such as the Carnegie Museums, Heinz History Center and the Pittsburgh Cultural Trust, to increase the breadth of content available to seniors.

“This past summer,” Dr. Feinstein says, “JHF hosted more than 70 consumer advocates, medical providers, philanthropists, technology experts, and economists to study the DNA of past successful  social health movements and develop strategies to activate consumers around population health issues, including improving quality of life for frail seniors. During this event in support of our Center for Health Information Activation (CHIA), participants articulated a vision in which all seniors are valued, active, and engaged. The Virtual Senior Center brings us closer to achieving that vision. We want to partner with organizations that want to bring this amazing tool to more of our region’s elderly.”

Where Hope Lives: A Program to Identify and Treat Perinatal Depression

Perinatal depression affects many women, infants, and families during and after pregnancy, and can significantly interfere with infant attachment, maternal health and ability to function, and family dynamics. Yet this condition, which refers to depression experienced during pregnancy and up to one year post-partum, is often undetected, untreated, and under-reported. Women often do not seek care because of the stigma surrounding depression; the lack of screening, awareness, and diagnosis; an inability to access timely psychiatric resources; and the lack of care models that do not require mother and baby to be separated.

To better support women in this high-risk but historically underserved population, Allegheny Health Network (AHN) is working to create a new community service for perinatal depression which includes state-of-the-art screening tools, an innovative treatment model that keeps mother and baby together while also including fathers and extended family, and a broad education campaign to increase public awareness of the condition and engage providers. JHF will provide $150,000 in startup funding for the program in 2016 for staff, operations, and testing of the perinatal depression service model.

JHF’s grant is part of a larger investment by AHN and other private funders (including the Alexis Joy Foundation and the Staunton Farm Foundation) to build out and sustain the perinatal depression program.The project builds on the findings of a JHF-supported study on perinatal depression conducted by RAND in 2012, which emphasized the importance of screening, referral to treatment, and services in addressing the condition. Perinatal depression was also one of the population health issues explored during the foundation’s CHIA event this past summer.

AHN’s program will screen parents for depression risk prenatally, in pediatric offices, and during the post-partum period. At-risk parents will be referred to behavioral health treatment or to other community supports, and babies with difficult attachment will be referred to developmental specialists. The program will focus on perinatal depression treatment options that emphasize the mother-baby relationship, involve fathers and significant others, and provide integrated services in both hospital and outpatient settings. Katherine Wisner, MD, an internationally recognized expert in perinatal depression, will serve as a consultant for the program.

“Undiagnosed or untreated perinatal depression can have a devastating long-term impact on mothers, babies, families, and communities” Dr. Feinstein says. “This program has the potential to transform the model of care for perinatal depression, enhance quality of life, and de-stigmatize a treatable condition that touches so many lives, yet remains an often-overlooked public health crisis.”

Stuart Altman, the Sol C. Chaikin Professor of National Health Policy at Brandeis University’s Heller School for Social Policy and Management, is a renowned economist who has helped shape U.S. health policy at the highest levels for five decades. In recognition of Dr. Altman’s leadership in health policy and his longstanding partnership with the Foundation, JHF will provide $150,000 over three years to support the establishment of the Stuart Altman Endowed Chair within the Heller School at Brandeis University.

Dr. Altman has served on numerous government advisory boards, including the U.S. Department of Health Education and Welfare, the Prospective Payment Assessment Commission, and the National Bipartisan Commission on the Future of Medicare. He chairs Massachusetts’ Health Policy Commission and has been recognized as a leader in the field by Health Affairs and by Modern Healthcare, which has named him among the 30 most influential people in health policy over the past 30 years as well as one of the 100 most powerful people in health care.

Dr. Altman has collaborated with JHF on numerous occasions, including working with the Foundation to plan the annual Princeton Conference (the premiere gathering of health economists and policymakers), prepare funders for health reform, and promote cross-national learning during health missions to Israel and the U.K.

“The Stuart Altman Endowed Chair is a fitting tribute to a force in health policy, and a dear friend of the Foundation over the past 25 years,” Dr. Feinstein says. “JHF, and the healthcare field at large, have benefited immeasurably from Dr. Altman’s wisdom throughout his storied career as a policymaker, teacher, and colleague.”

Since its founding in 1990, JHF has provided an annual block grant to the Jewish Federation of Greater Pittsburgh, which is distributed to beneficiary agencies to address the health needs of the Jewish community, including those of the elderly, families that have children with special needs, and the poor. JHF’s $900,000 grant, which benefits the Jewish Association on Aging, the Jewish Community Center, Jewish Family & Children’s Service, Riverview Towers, and Jewish Residential Services, represents 60 percent of the $1.5 million distributed annually by the Federation to the local community for human service needs.

The block grant is part of nearly $3 million that JHF has provided over the past year to improve the health and well-being of the local Jewish community. Over its 25-year history, JHF has contributed $60 million in grants to Pittsburgh’s Jewish community.

The United Way of Allegheny County (UWAC) provides critical support to organizations that JHF funds in both the Jewish and general communities. In recognition of the growing need for human services, greater competition for philanthropic dollars, and the increased restriction of contributions to specific organizations, JHF has approved an annual grant to UWAC every year since 1999.

JHF’s $68,000 contribution will be used in support of the UWAC’s Impact Fund, which strengthens the core programs of the UWAC’s partner agencies and advances new initiatives to meet critical community needs related to seniors, children and families, employment, and housing, among other items.

The United Way and JHF have also partnered on the national enrollment campaign in support the Patient Protection and Affordable Care Act, as well as the planning processes to enhance the health and well-being of local seniors, caregivers, and disabled community members.

The Jewish Healthcare Foundation (JHF) is a public charity that offers a unique blend of research, education, grantmaking and program management to advance the quality of clinical care and health of populations, with a focus on improving the quality, efficiency and safety of healthcare. JHF and its two operating arms, the Pittsburgh Regional Health Initiative and Health Careers Futures (HCF) are located in Pittsburgh, Pennsylvania, and serve a national and global audience. JHF is also a founding member of the Network for Regional Healthcare Improvement (NRHI). For more information, visit www.jhf.org. 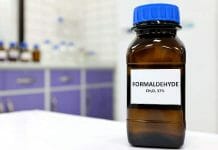 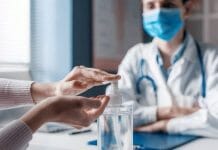 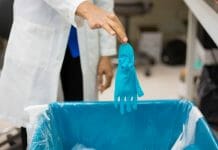 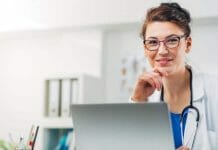 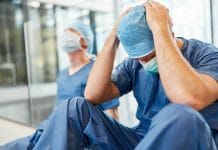