While virtual medicine, or telemedicine, has been around for many years, its current revival is based on the lower cost of technology and increase sophistication of its user base, both at the provider level and at the patient level.

“The reason telemedicine is so important is that it allows individuals who are not in an environment where better physicians and service capabilities are to gain access to these capabilities and increase professional experience on the part of the physician,” says Steve Nitenson, adjunct professor of Healthcare IT at Golden Gate University.

Telemedicine today can be viewed as computer-to-computer, physician-to-patient, counselor-to-patient, or physician-to-physician interaction about a patient’s care. Nitenson notes that physicians have very much bought into the technology of telemedicine and are beginning to use such technologies as iPads, smart phones, or web portals to exploit this on a user basis.

Telemedicine has grown out of the concept of ensuring that patients have care when they don’t have access to in-person care.

“Telemedicine really grew out of the military and NASA,” says Christina Thielst, a health administration consultant from Santa Barbara, CA. “We put astronauts up into space and we still needed to provide them with healthcare. It was also used in MASH units as well as in remote, rural areas. We’re finding that it’s now used when face-to-face encounters are not available or is not an option.”

Many healthcare providers in rural communities that do not have specialists, like cardiologists, have really embraced telemedicine, notes Thielst.

“It’s a way for them to establish connections with their patients,” she says. “Also, in some states where there are significant travel issues, telemedicine is taking the place of face-to-face visits and improving outcomes because those patients are getting the care they might not otherwise get if they have to rely on traveling long distances to see a physician.”

In urban communities, with an underserved population and a lack of resources to specialists, Thielst has also noticed an implementation of telemedicine services.

Telemedicine will increase in use and become more pervasive as the cost of technology is driven down and the increase of bandwidth to the home is rolled out by Internet carriers.

“Over the course of the next few years you will see government sponsored telemedicine projects to bring lower-cost healthcare to those in rural areas as well as underprivileged areas within urban centers of the United States,” says Nitenson. “Hospitals should also embrace telemedicine activity to reduce cost of care to their client base as well as improve service levels.”

“Telemedicine, or telecare management, should be important to medical practices because they can take care of people at a distance from their homes by interacting with them through a telemedicine approach,” says Rackow, president and CEO of SeniorBridge, a national health management company headquartered in New York City. “You can interact them in an audio, visual and written fashion.”

SeniorBridge has been offering telecare management for nearly two years to support medically complex patients in their homes and recently launched a new telemedicine program integrating video care management and coaching. It has recently partnered with Virtual Health, and is working with the Intel-GE Care Innovations platform as a tool to enable them to remotely monitor patient vital signs, such as blood pressure, weight, and glucose, and engage patients using video-conferencing technology.

“The program is deployed on a Guide, which is similar to an iPad,” says Rackow. “Through written communications, patients can self report their diseases and symptoms by responding to simple questions. Or you can have audio or visual contact, so the physician can directly communicate with the patient.”

Rackow acknowledges that some practices still have some apprehension about using a telemedicine program.

“The hesitation is that physicians would rather meet and talk with their patients in person,” he says. “But telecare management has emerged only recently and been able to provide this kind of context. Previously, most telehealth programs was about monitoring the patient in their home and going over the results by phone. Electronically, you could monitor the weight and blood pressure of a patient with congestive heart failure. A nurse would call when there was a concern, such as increased weight or blood pressure, and might suggest an adjustment in the medication. This was a frustrating approach and not terribly effective in moderating the behavior of a patient.”

This new approach of telemedicine allows physicians to see the patients face-to-face and speak with them directly. It’s a more effective way of communicating with your patients.

“You can see how your patient looks and see the type of medication they are taking,” says Rackow. “It’s not the same contact as in-person, but it’s still very good contact and make healthcare more cost-effective.”

Telemedicine services are particularly effective for practices with an older population, notes Rackow.

“Sometimes your older patients can’t come in all the time to see you in person,” he says. “If they do get in to see you, the visit might be too long for them, or they get home and can’t remember what you told them.”

Telemedicine has a great future, according to Rackow.

“The increasing connectivity of telemedicine along with EHRs will continue to allow us to connect patients to physicians and allow for more high-level consultations between healthcare professionals,” he says. “It will allow us to take care of patients more effectively.”

“We are going to see tremendous growth as we look at needing to change the healthcare delivery system because of healthcare reform and rising costs that patients can’t afford and because we have more technological-savvy consumers who want to use the technology to improve the care they receive,” she says.

However, before implementing a telemedicine program, she says that providers will need to develop new protocols in how they conduct telemedicine communications, much like they would do for in-person visits.

“There’s a lot to think through before you implement this,” she says. “Be especially careful with video conferencing systems like Skype. We’re not confident that there is enough security in place to protect both the physician and the patient in terms of HIPAA compliance.”

Thielst recommends speaking with other physicians that are using telemedicine to learn from their best practices.

“Leverage their experience,” she says. “There are other resources you can use such as The Telehealth Resource Centers which are established around the country. They are charged with helping providers implement telemedicine solutions.” 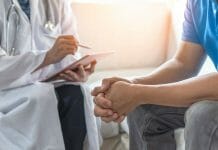 Most Important Aspects of Running a Behavioral Health Clinic 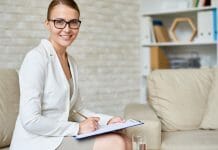 How To Become a More Inclusive Therapist 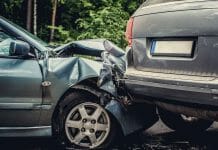 Best Ways To Manage Anxiety After a Car Accident

3 Types of Symptoms of Substance Use Disorders