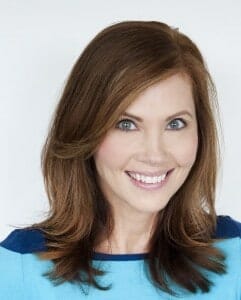 In healthcare environments, designers seek to create a soothing atmosphere that brings in elements from nature.  We do this through choice of palette and materials as well as space planning, furniture selection, fabrics and artwork. In the past few years, open water features have also been included in design plans to heighten this feeling of tranquility. However, this feature has come under scrutiny because of some issues associated with them, such as problems with maintenance and infection control.

Hospital infection-control departments have particularly become concerned because an open water feature could hold “microorganisms that may cause nosocomial infections due to inhalation of aerosolized bacteria such as Legionella,” according to a 2006 article by Anjali Joseph, PhD and published by The Center for Health Design.

I first encountered the challenge of hospital water features in 2009, when I was part of the design team for a cancer center addition to a hospital.  One of the hospital’s donors requested that we incorporate an open water feature in the lobby. To acquire a better understanding of how other hospitals were utilizing them, I consulted with an architect who was including several water features for another hospital. He was designing open water features in different areas of the hospital and they were installed at that time. (However, recently he told me that after a couple years the water features had to be turned off, and will be taken out in the near future because they were unable to be maintained properly.)

I also contacted a few manufacturers and was confronted with their frustration with the “perception” of incorporating open water features in hospitals. At that time there was already resistance by facilities and maintenance personnel to install open water features because they were becoming aware of the issues related to them. The manufactures highly recommended that it not be open, but rather completely enclosed with all the edges sealed. The consensus was that an enclosed design would not give the same effect that an open feature would have, so after discussions with the owner, the feature in the lobby ended up becoming a stone wall, without the open water feature.

There are some ways to reduce the risks of hospital water features, according to Dr. Joseph’s article, “Water Features in Healthcare Environments.” These include “keep the water’s temperature cool to cold, avoid installation of submerged lighting, keep up with routine cleaning and maintenance with the manufacturer’s instructions, avoid installing water features in areas that house high-risk patients, and install a glass barrier or maintain an appropriate distance between the water feature and the general public to minimize potential contact with droplets or aerosols.”

From my experience and with discussions with fellow colleagues, I have also concluded that water features would need to be installed with a drain, water supply and a reverse osmosis or water purification system  to ensure that clean and appropriate water entered the water feature at all times. However, these precautions still would not meet the standards of the newest draft of the 2014 Facility Guidelines Institute (FGI) Guidelines for Design and Construction of Hospitals and Outpatient Facilities, which states that “fountains and other open decorative water features can represent a reservoir for human pathogens and installation of indoor, unsealed (open) water features shall not be permitted.”

Health and safety are always the first priorities in designing commercial spaces and is of the utmost importance in healthcare design. The opportunity for designer’s now is to be innovative thinkers and create designs that generate the same feeling and comfort of open water features, but with new modern concepts.

Christy Lederer, NCIDQ, EDAC, is an associate and interior designer at Stantec.