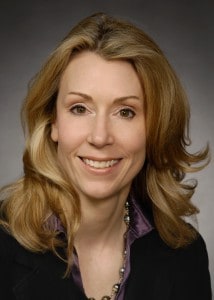 Is obesity a disease, or merely a condition resulting from an unhealthy lifestyle?

The debate has raged for decades. Now the American Medical Association (AMA) finally put the question to rest in June when it voted in favor of Resolution 420, officially declaring obesity to be a disease, whether the cause is a physiological disorder or an unhealthy lifestyle choice. The AMA compared obesity to lung cancer, which is unquestionably considered a disease, whether the cause is harmful behavior like smoking or another factor.

While the resolution was intended to increase medical and community support for obese patients, it may have unintended consequences for employers. With the official classification of obesity as a disease, it may be easier for overweight employees to claim protection under the Americans with Disabilities Act Amendments Act (ADAAA).

In effect since 2009, the ADAAA expanded the 1990 Americans with Disabilities Act (ADA) which prohibits employers from discriminating against employees or applicants based on a real or perceived disability. The law requires employers to make reasonable accommodations for any employee or applicant that is otherwise qualified for a job.

Under the original ADA, it was typically very difficult to claim obesity as a disability unless the employee had a body mass index (BMI) greater than 40 and could prove that his or her obesity was a result of a physiological issue, such as a thyroid condition. Under the ADAAA, however, Congress broadened the definition of a disability, including for those who are simply “regarded as” disabled by their employers, whether or not the employee has an actual impairment. Since the ADAAA took effect, the Equal Employment Opportunity Commission (EEOC) has sued several companies for obesity-related discrimination under the ADAAA.

For example, the EEOC sued BAE Systems in 2011 because it fired an employee at its manufacturing division because of his weight. Although the employee had glowing performance reviews in past years, BAE Systems fired him two weeks after he requested a seat belt extender for the forklift, citing his weight as the reason.
The EEOC claimed that BAE Systems discriminated against the employee for a perceived disability and failed to make a reasonable accommodation as required by the ADAAA. The company ended up paying a $55,000 settlement to the employee.

EEOC v. BAE Systems should be a warning to employers that federal courts are taking obesity-related disability claims more seriously than before. While the AMA’s new classification of obesity as a disease does not mean that it will be categorically protected as a disability under the ADAAA, it may strengthen employees’ arguments for protection under the law.

Employers should be proactive in training supervisors and administrators to be sensitive to weight-related issues in the workplace. Before making any employment decisions because of perceived weight issues, employers should first consider whether a reasonable accommodation may be made. If no reasonable accommodations can be made without excessive expense to the company, the employer should clearly document job duties that the employee cannot perform.