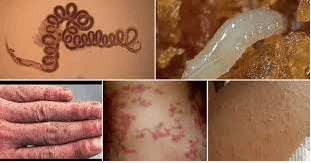 There are several parasite related diseases and illnesses prevalent in the tropical regions of the Earth that can create havoc on the health and wellness of humans. In most such places, the unfortunate combination of poverty, unhygienic living conditions, and harsh weather elements contribute to the growth and incidence of parasites and infections caused by them.

According to the results revealed by a report published by the World Health Organization (WHO), over 1/3rd of the primary causes of death may be attributed to parasitic and infectious diseases. This is indeed concerning and requires urgent intervention to restrict the growth and spread of parasites in humans.

Parasitic Infections is on the Rise Globally

The unplanned growth and construction of buildings and infrastructural capabilities in towns and cities is leading to a growth in parasitic infections. This is especially true in context to subtropical and tropical areas that are fast becoming the breeding grounds for parasites like mosquitoes that cause malaria and filariasis.

Dr. Todd Watts from Microbe Formulas says that by developing a biofilm with protective properties, parasites are able to easily conceal themselves from the actions of the immune system and those of some antibiotic medications. Administrative interventions, the ready availability of potent drugs, and more effective controls related to the spread of parasitic infections are necessary for reducing vector insect populations.

The most debilitating parasitic disease, that’s also the most prevalent, is malaria. It affects humans belonging to all ages and can be attributed to one out of four different kinds of Plasmodium. The second in line with regards to death causing parasitic infection is Entamoeba histolytica that causes liver abscesses and amoebic colitis.

Filariasis can be attributed to various species of parasite type nematodes that are capable of transmitting themselves to human beings through different insect vectors. In unison, there are several types of filarial parasites that are known to infect millions of people worldwide. The people residing in areas where filariasis occurs regularly may go into billions in today’s time. Even though filarial infections are rarely life-threatening, they lead to various kinds of social stigma chronic suffering, and disability. Those infected by this parasite find a drastic decline in their overall ability to work. Their varying degrees of disability may lead to varying levels of economic impacts that cause a lot of stress and agony.

Brugia malayi refers to a filarial nematode that is widely found in southeast and south Asian countries. This infection is transmitted through the bites of harmful blood-feeding mosquitoes. These parasites can be found living in the lymphatic system of human beings. They are the reason behind lymphatic filariasis and a spate of related problems. In the mature stages of infection caused by these parasites, patients may suffer from disfiguring conditions referred to as elephantiasis.

Onchocerca volvulus serves to the carrier and causative agent of the condition called River Blindness. This type of blinding is the second most common reason for blindness across the world. Female black flies are responsible for the transmission of the filarial parasite that’s found breeding in fast-flowing rivers.

There’s no dearth of the types of parasites that are responsible for causing different types of diseases, allergies, and infections. Unfortunately, the anti-parasitic drugs that are currently available are limited in number and performance. More often than not, they are neither potent or powerful enough to combat the parasitic infections that they are recommended for. Therefore, there is a strong, growing and persistent need for discovering new and better drugs for treating the various kinds of parasitic infections in humans. These drugs should be capable of ameliorating the conditions linked with different diseases; they should be able to control the parasites that are responsible for the act.

Parasites usually live in or on other living organisms (called hosts), both humans and animals, and feed on them. In most cases, these parasites are either microscopic in size or large enough to be viewed with the naked eye. Even though parasites live and feed on their hosts, they do not resist from infecting them to cause sepsis and other threatening conditions. It is commonly believed that parasitic infections, such as malaria, occur in tropical areas and third world developing countries only. However, this is far from being true as parasitic infections can be found in advanced countries such as North America as well. These infections include and are not restricted to toxoplasmosis (that is spread by cats) and Giardia infections (spread via contaminated water).  The other infections comprise of E.vermicularis (pinworm), Trypanosoma cruzi that causes Chagas disease, Toxocariasis or roundworms, Cysticercosis or tapeworms, Amebiasis, Trichomoniasis, which is a sexually transmitted infection, and so forth.

Signs and Symptoms of Parasitic Infections

There are different symptoms of parasitic infections that are dependent on the species of parasites that cause them. For instance, Giardia infection (giardiasis) results in symptoms like diarrhea, bloating, gas, abdominal cramping, nausea, fatigue, weight loss, and so forth. However, it’s not common for all parasites to infect the same way and showcase the same symptoms. To cite another example, tapeworm infection-related symptoms start showing themselves about eight weeks after the intestine has been infected by the parasites. These signs may be non-specific and mild in nature and include diarrhea, constipation, nausea, and abdominal pain. The long-term symptoms include blindness, seizures, and headaches.

Experts in the diagnosis and treatment of parasites in humans have the knowhow to control the spread of various diseases, allergies, and infections. They recommend blood tests and other laboratory examinations to indicate the presence of parasites and treat them fittingly. You may like to get in touch with companies experienced in handling parasites, and the infections caused by them, to get yourself or your loved ones treated in good time. Reach out to them, today.

Tips To Manage Arthritis During Winter

Where Can You Find Help With Hyperpigmentation, Face, Skin Issues?