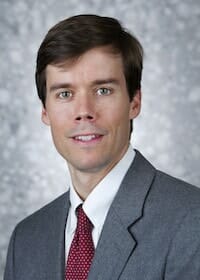 Months after its April 2013 target date, the U.S. Labor Department issued its Final Rule which restates the requirements for and limitations upon the “companionship” exemption in the federal Fair Labor Standards Act’s Section 13(a)(15).  The changes are significant.  Currently, employers are not required to pay the federal minimum wage or overtime to companionship workers when they qualify for exemption under the FLSA.  However, the Final Rule dramatically limits the exemption, most notably by making the exemption inapplicable to employees employed by third party employers such as home-care staffing agencies.

Under the Final Rule, which becomes effective in January 2015, home-care staffing agencies and other third party employers will no longer be able to assert the exemption.  According to the DOL, this will be true even when the employee is jointly employed by both the third-party provider and the family or individual receiving the employee’s services. Beginning in January 2015, only the individual, household or family employing a companionship worker will be able to utilize the exemption.

DOL’s Rational For The Change

The Final Rule reduces the “companionship” exemption to the point of non-existence in any practical sense.  The vast majority of employers that currently utilize the exemption (third party employers) will be required to begin paying the minimum wage and overtime, if they do not already.  According to the DOL’s estimate, nearly 1.9 million companionship workers will be affected by the changes in the Final Rule.  Moreover, even for families and individuals that will still be able to utilize the exemption, it is more likely that the exemption will be lost in a significant number of work weeks due to companions’ performing services that fall into the expanded incidental “care” services category that is subject to the 20 percent cap, or due to a companion performing work that is deemed “primarily for the benefit of other members of the household.”

Opponents of the Final Rule had argued that it would result in increased costs to families that use home care services; an increase in institutionalized care; fewer work hours for companionship workers as home care employers limit employee hours to less than 40 per week; and increased Medicare and Medicaid costs.  However, these arguments have lost out.

Employers of companions must begin assessing how the Final Rule will affect them.  In order to properly treat companionship workers as non-exempt under the FLSA, home care staffing agencies and other third party employers will need new compensation plans, timekeeping systems and other related policies.  Employers will also need to ensure that companionship workers and their managers are properly trained on the new policies.

An attorney with Fisher & Phillips, LLP, Ted Boehm represents management in all aspects of labor and employment law. His practice focuses on the defense of employment-related lawsuits in federal and state courts. In particular, Ted focuses on the defense of wage and hour claims arising under the Fair Labor Standards Act and claims arising under Title VII.  He also represents employers before government agencies, including the EEOC, OSHA, and the DOL. Additionally, Ted counsels clients on a wide variety of issues, from compliance with federal employment statutes to drafting employment-related agreements, including separation agreements and releases. 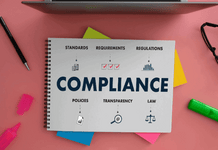 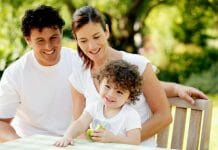