Cannabidiol, commonly known as CBD, is one of the many other naturally occurring cannabinoids that you can find in hemp plants. CBD can be found both in marijuana and hemp, but CBD related products are mainly made from hemp these days. While CBD is derived from marijuana, its effects differ from tetrahydrocannabinol, or THC, which produces the “high” effect cannabis is known for.

Amongst the other components derived from cannabis, CBD has risen in popularity due to the various benefits it offers. It has gained traction globally, with the global market expected to grow to $1.8 billion by 2022, due to its healing qualities, which range from helping people with mental issues to helping people suffering from cancer deal with the after-effects of chemotherapy like nausea. Having come into the limelight only recently, CBD has been in use for centuries by many people who have taken advantage of the benefits it offers. A common misconception, which is changing gradually, has been that CBD oil has the same effects as THC.

However, as CBD gains more awareness and an increasing number of people start using it, the clarity around this product grows as well.

Why is there a need to extract CBD?

Before we go into the details of hemp processing and how we can make CBD oil, we first need to understand why we need to extract CBD in the first place. CBD is extracted so that the cannabinoid can be separated into a concentrated form to make it fit for consumption by humans. The cannabinoids present in cannabis need to be decarboxylated, which means to apply to, first for them to be affected. If cannabis is consumed in its raw form, it can pose a health risk for the consumer due to the presence of a variety of microbes. Extraction through hemp processing can help eliminate these microbes and remove the other undesirable compounds that include lipids and plant waxes.

Many methods are used to extract CBD oil, and some of the main ones are:

Solvent extraction method poses a few issues when solvents, such as propane, petroleum, and butane are used, leaving behind solvent residue. This solvent residue can be toxic, thereby posing health risks.

Hence, careful consideration needs to be taken about solvent residue. To overcome this issue, extraction using natural solvents, such as ethanol or olive oil, can be used for hemp processing, which not only eliminates the problem of toxic residue but is just as effective.

This extraction method uses steam to separate the CBD oil and the hemp plant. A glass flask is used to store the hemp plant with the inlet of the flask attached to another glass container, with a condenser tube connected with the help of an outlet. CBD containing oil vapors are separated with the help of steam that results from heating the water. The vapors then are condensed into water and oil in a tube. Once the collection is done, the CBD oil is extracted from the water once this mixture is distilled.

Although the steam distillation extraction method has been in use for centuries, it is not as efficient as the CO2 extraction method, thus less preferred. The inefficiency occurs because the hemp plant is required in significant amounts in this method, and the extraction of CBD in exact amounts is also tricky. Along with the element of inefficiency, the steam distillation method also has the potential of being risky. The extract can be damaged, and the cannabinoids can alter the chemical properties.

CBD is growing in popularity, and interest in this area is likely to increase. With the growth of demand and supply, extraction methods are expected to become more efficient with plenty of options to choose from. By knowing which process was used to extract the product you’re about to use, you can quickly gauge its quality and make an informed decision.

What else should one know about the methods used to extract CBD? Sound off in the comments below. 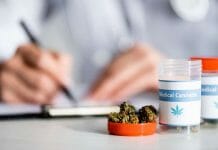 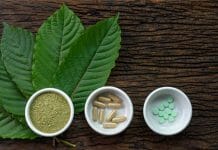 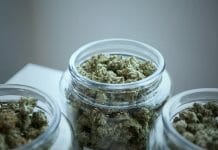