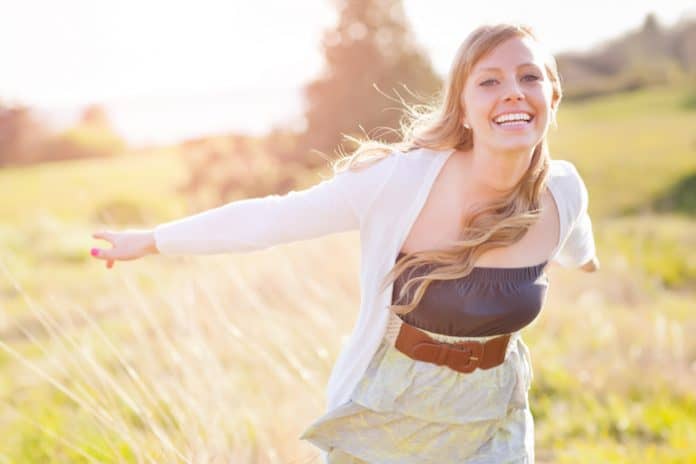 Chronic fatigue syndrome is also known as myalgic encephalomyelitis, and it’s a chronic illness estimated to affect around one million people in the United States.

Fatigue is a serious problem in America, and it can impact people across the board. For example, as many as 6,000 deaths could be caused by drowsy driving every year.

So what can be done whether you have chronic fatigue syndrome or struggle with ongoing fatigue?

The following are some natural health tips that may help alleviate your symptoms, although you should always speak with your health care professional first and foremost.

Diet can impact how fatigued you feel and symptoms of chronic fatigue in a fairly big way.

Changing your diet may allow you to feel more energetic and healthier overall. Some diet tips to reduce fatigue include:

It’s hard to move when you’re experiencing symptoms of fatigue, but it can be extremely helpful overall.

Physical activity can boost your energy levels as well as your mood and mental health.

Even short amounts of exercise throughout your day may help alleviate some of your fatigue symptoms.

Yoga is good to add to an exercise routine too. It can be fairly gentle, which is good if you’re not very experienced with exercise, but it has been shown to improve energy levels.

As an added benefit, if your exercise leads to weight loss, that can improve your energy levels and reduce fatigue as well.

Fatigue can often be linked to mental health conditions. For example, if you struggle with depression or anxiety, it might make you feel both mentally and physically exhausted, or it could increase your symptoms of chronic fatigue syndrome.

Talk therapy, such as cognitive-behavioral therapy, could be helpful.

CoQ10 is something you can buy as an over-the-counter supplement and research indicate when patients are diagnosed with chronic fatigue syndrome, they have abnormally low levels of it in their muscle tissue and plasma.

Researchers have found that supplementing with CoQ10 is linked to lower scores on the Chronic Fatigue Syndrome Rating Scale, which is used to determine the severity of the condition.

Research has also shown that not having adequate amounts of CoQ10 in your body can activate inflammation, which is a contributor to chronic fatigue.

Use a Magnesium Supplement

Magnesium is another supplement you might consider if you struggle with fatigue.

Some researchers and doctors believe certain vitamin and mineral deficiencies, including magnesium deficiency, are linked to the development of chronic fatigue.

Other symptoms of magnesium deficiency can include muscle spasms, headaches, and cramping.

Magnesium deficiency is becoming a growing problem in America and around the world, but along with helping reduce fatigue magnesium plays many important roles. For example, it’s essential for heart health, the health of the gastrointestinal system, and immune function. Magnesium is also valuable for lowering inflammation.

Finally, another natural supplement some people find helps with symptoms of chronic fatigue is NADH.

NADH is a chemical that naturally occurs in our bodies and plays a role in energy levels, but supplements are available too.

Some people use NADH supplements as a way to improve their cognitive abilities, and since it’s necessary for energy production, it’s useful for some with chronic fatigue syndrome.

Other reasons people say they use an NADH supplement include to help with high blood pressure, depression, and reducing the signs of aging. NADH may also help reduce the effects of alcohol on the liver.

Tips for Nurses Who Are Transitioning from Hospitals to Home Care

What Do Dental Tourists Need To Know About Dental Implantation in Mexico?