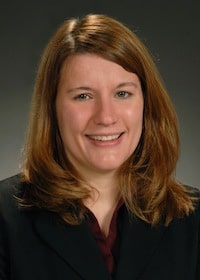 In January 2014, patients slapped a Dallas hospital with a lawsuit after a neurosurgeon, accused of drug and alcohol addiction, botched several surgeries, including one in which a patient bled to death and another that left the patient a quadriplegic.

In 2009, a Denver hospital discovered that a surgical technician had been abusing fentanyl, an injected painkiller, and replacing the used syringes with saline or water.  She ended up exposing thousands of patients to hepatitis C.

And in 2006, the top neurosurgeon at an Oakland, CA hospital showed up to work intoxicated, and insisted that he needed to perform a spinal operation on a patient immediately.  After fighting with staff, the neurosurgeon was arrested.

Drug and alcohol abuse among healthcare workers is a serious hazard.  A study that appeared in the October issue of the Journal of Addiction Medicine estimated that 10 to 15 percent of physicians will experience a substance use disorder during their lifetime.  An earlier study in 2008 in the Harvard Review of Psychiatry showed that while physicians use illicit drugs less often than the average population, doctors abuse prescription drugs five times more often.

No employees may be under the influence of drugs or alcohol at work or when expected to be performing any job-related task.  That includes any period of time when a staff member is expected to be “on call.”

The employer has the right to inspect any items and persons on company property.

Any violation of the policy may result in severe action, including termination.

Healthcare employers must enforce alcohol and drug policies consistently to minimize the risk of discrimination claims based on race, ethnicity, gender, religion, disability or other protected class.  The healthcare employer may choose to enforce drug policies differently among different job categories, but it is advisable to have consistent enforcement for employees in the same category.  For example, it may be acceptable to require all surgeons to undergo monthly drug tests but only test front desk or administrative personnel annually.  But predominantly testing males, however, could lead to a gender discrimination lawsuit.

Past addiction may be a covered disability under the Americans with Disabilities Act (ADA) and healthcare employers must be careful not to illegally discriminate against former addicts, provided that the employee is not currently using any illegal drugs.  However, improper use of drugs or alcohol while performing work duties is not protected under the ADA and the employer may enforce and discipline an employee for violation of its policies.

In many cases, regular drug testing and screenings can effectively deter healthcare employees from showing up to work under the influence or at least detect potential problems early on.  Healthcare employers should consistently enforce their drug and alcohol policies to protect patients and employees and minimize legal liability.

Elaina Smiley is an employment attorney at Pittsburgh-based law firm Meyer, Unkovic & Scott, LLP.  She can be reached at [email protected]