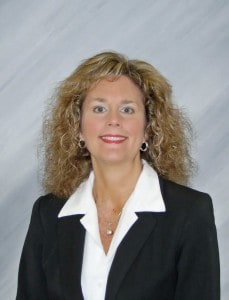 The stress of running a Medical Center in a region with one of the lowest Medicare reimbursement rates in the country pales in comparison to the worry of having a son in Iraq. Just ask Tom Timcho, president and CEO of Jefferson Medical Center who copes by defining what he can and cannot control.

“If it’s outside of my control I acknowledge it,” said Timcho. “There is no use constantly worrying about it.”

Shrinking reimbursement rates, increased regulations, the uncertainty of healthcare reform and other factors contribute to the rising need for executives and administrators to decrease stress with better work/life balance.

As an army first lieutenant in Vietnam, Timcho learned early how to make difficult decisions under stress. The values he developed in officer candidate school and on the battlefield at the age of 23 he shares today with his son, Michael who will be redeployed soon.

“Deal with life the best you can, one day at a time,” he said. “Before you know it, time passes if you focus on mission first and not yourself.

In addition to being mission focused in the face of pressure, Timcho suggests keeping a sense of humor, exercising and holding close to family. When his children were young, he worked long days still making time to coach little league and softball.

“I’d schedule meetings around their practices, leave, shower and come back in time to have dinner with a bunch of doctors,” he said. “Otherwise your children grow up and you don’t know them.”

Gary Weinstein, President & CEO of The Washington Hospital finds patient safety and finances to be the key stressors for him.

“When you ask a patient 5 different times in an hour what their name is it can tend to drive them crazy,” he said.

Weinstein attributes the hospitals increased bad debt expenses to the downturn in the economy and its affect on people’s ability to pay their bills. The hospital’s bad debt for the first five months of the fiscal year is up $1 million.

“That is a big hit to us,” he said. “A big part of healthcare reform was to be paid for by reduction in Medicare to hospitals. So we’ll be expected to produce higher quality care and take on more while getting less.”

Philanthropy is part of the solution that he sees to help fill in the gaps.

Exercise is a key stress reliever for Weinstein. He works out in the hospital’s wellness center at 6:15 every morning and plays basketball and tennis regularly.

Additionally, he is sensitive to how stress affects his employees and recognizes them by rounding throughout the day, sending thank you notes and applauding good work through their “Angel Among Us” program.

Regina M. Lutz, chief compliance and privacy officer at Ohio Valley General Hospital finds that her biggest stressor is getting information from people.

“It’s like performing a root canal that has to be done in layers,” she said.

Most of the time she is simply seeking information but sometimes people react defensively, get upset, point fingers, are evasive, get scared, cry or even scream.

Lutz’s stress relieving strategy begins with a 4 mile walk everyday “no matter what.”

“That helps me leave the stress out on the street,” she said. She avoids caffeine after 11:00 A.M. and visualizes a bush in front of her home that removes all stress before she enters the house, a tactic she read in a book.

After 31 years in healthcare Nancy Mayer, 3B Stepdown Unit Director at UPMC St. Margaret notes the last five years as the most stressful with changes in reimbursement having reached the bedside in a myriad of ways: an increase in the level of acuity of patients, an increase in hard-to-manage patients due to behavioral changes such as dementia, mental illness, and alcohol withdrawal, a well as increased regulations dictating more time on policy requirements.

She finds that generational differences in the workforce and the economy are also important.

“All four (generations) have different core values which impact how information is delivered and received by each generation – a real challenge for management,” she said. “Employees of any generation have more personal and family problems than ever, impacting their ability to be physically and mentally present at work.”

“When I find myself personally irritated, I work hard to take a step back and objectively analyze the situation,” she said.

Another strategy she uses to reduce stress is not to take work home or on vacation unless absolutely necessary so as to be present to her family in a full and complete manner.

“Having lived through a period of time when I left work to go home and then reconnect through email, doing performance reviews, etc., I found that I did not have the necessary downtime to recuperate after a stress-filled day.”

And when all else doesn’t work she adds, “I do have a friend named Chocolate!” 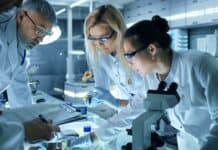