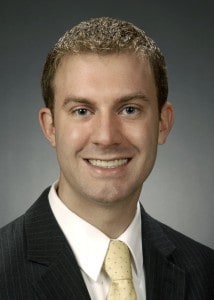 Clearly, the federal government has begun to crack down on overtime violations for health care workers.  And new and proposed changes to federal law are going to make it even more important for health care employers to be vigilant about paying workers overtime.

Overtime rules are set by the Department of Labor (DOL) under the Fair Labor Standards Act (FLSA).  The FLSA mandates that all non-exempt employees must receive overtime pay at a rate of one and one-half times their normal hourly rate for working more than 40 hours per seven-day workweek.  Because of the need for round-the-clock workers, health care employers are permitted to adopt an alternative “8 and 80” overtime system.  Under the “8 and 80” rule, employers may count hours over a 14-day period, but must pay overtime for any time over eight hours in a day and 80 hours over two weeks.

Until recently, home care workers, such as home health aides, personal care aides and certified nursing assistants have been exempt from overtime pay requirements under the “companionship exemption,” which applied to anyone who cared for the infirm or elderly in their homes.  Recently, however, President Obama’s administration announced that home care workers will be eligible for overtime pay under the rules of the FLSA beginning on January 1, 2015.

In addition to home health workers, a wide range of workers may be newly eligible for overtime pay under the White House’s proposed changes to the FLSA.  In early 2014, President Obama issued a memorandum noting that inflation has eroded the $455 per week salary requirements below the poverty line.  The White House recommended that the Department of Labor (DOL) increase the minimum salary threshold, possibly doubling the current amount.

The White House also suggested that fewer employees should qualify as exempt from overtime wages under the “executive” category.  Currently, any person who manages other workers in any capacity may qualify as an exempt executive employee, regardless of how much time the employee actually spends managing.  The White House proposes instituting a minimum amount of time that the employee must spend managing others for the employee to qualify as an exempt executive.  The proposed change could affect managers in a wide variety of health care positions.

It will be up to the DOL to decide the exact details of the overtime changes, and it will likely be many months or even years before new regulations are final.  Nevertheless, there is a trend that more and more health care workers will likely qualify for overtime pay in the future.  Furthermore, the changes indicate that the federal government is keeping a close watch on the overtime practices of all employers, particularly health care employers.

Gary M. Sanderson is an attorney with Pittsburgh-based law firm Meyer, Unkovic & Scott.  He can be reached at [email protected]