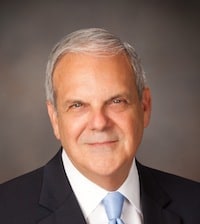 Last weekend a friend of mine showed me a paper that had been written by a brilliant, young physician.  In the paper she explained that, in her research, she had discovered that a fundamental piece of knowledge regarding the manner in which physicians in her specialty are expected to practice was seriously flawed.  She went on to prove that the science based on these two incredibly small original studies was also significantly outdated by new technologies.  In fact, it was clear that the knowledge garnered in the last decade alone through the use of new techniques and scientific advancements has proven this lack of accuracy in an unquestionable manner.

Here’s the worst part of this story; this flawed information has been printed in every textbook pertaining to this topic since about 1970, and change is slow.  Furthermore, every student of this specialty is expected to practice incorrectly in order to comply with the standards of their profession.

Okay, you say, what’s the big deal?  Well, the big deal is that the alternative practices that these flaws have resulted in suggest that the physicians prescribe certain types of drugs that, long term, may even be related to specific types of cancers in both men and women.  In other words, these mistakes which apply mostly to teenagers, could eventually lead to their premature death.  So, later in life when you say, “Why me?” there may indeed be an answer.

Far be it from me to reveal much more about this than to say that I’m NOT a doctor and I’m NOT a scientist, but I am a passionate individual who reads and learns a lot from the people with whom I am associated.  For example, we know that the chance that five prescription drugs will interact with each other in an unknown manner in our bodies is one hundred percent. Yet, many of us are on more than that every day.

We know that nearly three quarters of the antibiotics used in this country are not used for human medicine. They are used on healthy livestock to prevent overwhelming infection.  Why?  To compensate for poor husbandry practices (severe overcrowding, filthy, excrement ridden environment, high degree of psychological stress, diet mismatched to their physiology) and because antibiotics can act as growth promoters. They get sick, and when they get sick, Big Pharma is standing nearby to make their fortune by encouraging our farm factories to continue pumping antibiotics into our chickens, cattle and even farm raised fish.  The major health organizations in this country have called for a phase out to this practice.  This is the source of many of the antibiotic resistant strains of bacteria that we are seeing in our hospitals.

Research is currently being pursued in regard to certain antibiotics which, taken long term, are suspected to be contributing to at least two types of cancer.  What are the risks long term for entire generations that are being exposed to the ramifications caused by these antibiotics being added to our food chain?

When we were doing breast cancer research, we saw that about 75 percent of the cancers presented were caused by our environment.  So, when it comes time to side against the environment, against naturally produced food products, and to walk away from obvious flaws in the literature that is the basis for the education  of certain physician specialties, just know that it may be your kids or grandchildren that are going to pay the price.

Let me end this rendition of “Nick-a-pedia” by suggesting that Integrative Medicine considers food as your medicine.  The practitioners of Integrative Medicine with whom I am affiliated suggest that you eat real food, whole food, and organic food.  They look for root causes of specific diseases and suggest things like anti-inflammatory diets, elimination diets, and stress management.  Seriously, diet, exercise, stress management, and socialization are the fundamental principles of functional medicine.  How can these things hurt anyone?

I’ll never forget when one of my research scientists told me years ago that hydrogenated fats were the worst human experiment ever perpetrated on man-kind without his knowledge, and here we are decades later, after hundreds of thousands of unnecessary heart attack deaths, finally banning them.  This is NOT BRAIN SURGERY!