How to Handle Conflict with Office Neighbors 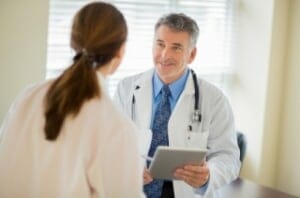 As with any residential neighborhood, we do our best to get along and play nice with our neighbors. Occasionally, however, conflicts do arise. Some can be as minor as your dog running into their yard; others could be more serious such as property line disputes. In the end, no matter the situation, we try to amicably resolve such conflicts so they do not escalate.

Neighborly conflicts are not limited to our homes or apartment units, they can arise in an office building too. Managing conflicts with the office tenant next door or across the hall need to be dealt with delicately as well. Below are some tips to help you deal with potential conflicts with your office neighbor.

The corporate offices of Kissito Healthcare are located in a business plaza in Roanoke, Virginia. It operates six nursing homes, five in Virginia and one in Arizona. It has a simple policy—respect your neighbor.

Recently it had a grand opening of a new facility which involved building a concrete wall and having two of the world’s strongest men busting through a wall. This involved some of the biggest potential conflicts with neighbors—parking, noise, and access to offices.

“It could have been problematic if we weren’t being proactive and letting neighbors know what’s happening before it happens in order to ensure there are no issues,” says Becky Blanton, a copywriter for the organization. “We handle conflict by thinking about potential issues before they happen.”

The first thing any practice should do is to get to know your neighbors and establish a good relationship long before anything becomes an issue.

In other words, let them know you’re approachable. Know their names, invite them to events, stop by with cookies during the holidays and just be friendly neighbors before you have to become the neighbor with the issues.

According to Blanton, the most common conflicts in most situations with business neighbors are:

As a medical practice since you are perceived as a service organization helping others, it’s especially important to tackle any issues with care, says Joan McLeod, president and CEO of Conflict Navigator, Inc. in Kingston, Ontario. There are four kinds of conflicts to watch for and consider in ways which will not escalate adversarial behaviors, she adds:

“These type of conflicts already begins to help those dealing with conflicts to recognize and reframe the issues in ways key to finding ways that can contribute to de-escalation and better understanding,” says McLeod. “Going back to consider what triggered the current situation helps to know what can be done about it.”

Learning which type of conflict you are dealing with can help you model to the rest of your staff, and even other office neighbors how it should be dealt with.

No matter the conflict, what you don’t want to do is use an avoid, postpone or fight-back approach which only adds fuel to the fire, says McLeod.

A better way to deal approach any potential conflict is with calmness, humbleness and an attitude of finding a solution benefiting both or all parties is the best approach, notes Blanton.

“A smile, a handshake and patience all go a long way towards resolving conflicts,” she says.

One thing to keep in mind, says Sharon Sayler, author of What Your Body Says and How to Master the Message is conflict resolution is all contextual. It depends on how long the conflict, if the upset person(s) are normally rational, the reason(s) for conflict, and the other sphere(s) of influence exerting pressure that may not be known by all.

She agrees not to add fuel to the fire, so do not argue with the offended neighbor. Rather, she suggests taking a deep breath—several may be required. “Remember to keep breathing low and slow throughout the entire event. This will help you remain calm, cool and collected. Your words will sound in control and confident with full complete breaths and your brain will have enough oxygen to think clearly.”

If safe, Sayler says to let your office neighbor verbally express their anger and frustration. But do not allow yourself or others to be emotionally, verbally or physically abused.

“You may need to keep a larger than normal distance from the person who is displaying the conflict emotions. Remove yourself and others, if necessary,” she says. “Safety first.”

When any conflict occurs, Blanton says do not blame anyone or anything for the problem. It is what it is. Look for solutions and answers, not scapegoats and villains.

“Assume the best,” she says. “Most people don’t go out of their way to be jerks. Some are just clueless. They don’t know what they’re doing—or not doing—is causing a conflict. So, assume the best and politely and in a matter of fact manner, just bring it up as a concern, not a problem.”

In the event a neighbor is upset with you for something one of your employees or patients did, allow your office neighbor time to vent their frustration.

“Wait for the steam to finish,” says Sayler. “You will not be able to say anything that will be heard until the original adrenaline has subsided.”

In addition, she says to watch for nonverbal cues such as a lowering of shoulders or a shift in their breathing pattern, namely, when they come up for air, before you can or should say anything meaningful or needs to be remembered.

Never tell them to calm down. It most likely will escalate the situation.

Instead, Sayler recommends saying, “I’m listening” while slowly nodding your head up and down. This nod should be small, as too large of a nod and the aggressor will assume agreement and you are nodding yes.

In any neighbor dispute, always address the other party by first name.

“Use their words and descriptions whenever possible,” says Sayler. “For example, ‘John, just so I understand you are saying…’ or ‘Yes, and….’ Avoid saying the word ‘but.’”

“State your position clearly using as many of their words as possible with a low volume, credible voice pattern—flat and the tone drops slightly at the end of the sentence,” says Sayler. “For example think of the tone of the popular phrase, ‘Bond. James Bond.’”