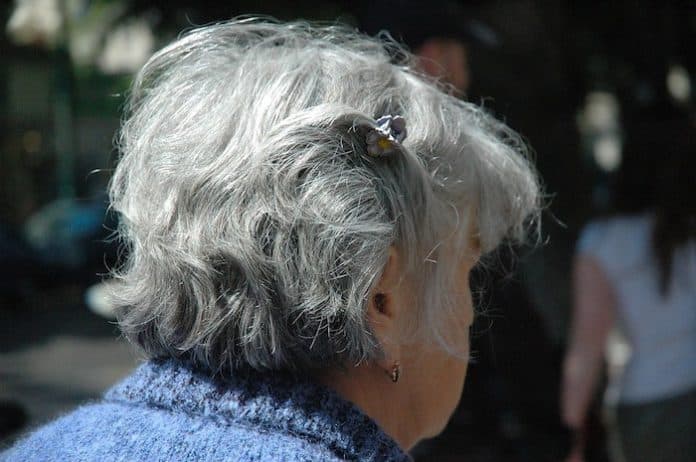 Although stress was always linked to hair discoloration, the exact way it influenced the appearance of gray hair was unknown.

In general, we see some people “grow old” faster than others. Many times, it depends on the way of life, the activities they perform, and what kind of conditions they have. People as presidents of countries, people with high positions that demand a lot of mental wear, etc., are clear examples of how stress affects not only the external appearance but also internally.

According to what we knew so far, the scalp contains approximately 100,000 hair follicles. The hair color is determined by cells called “melanocytes“. As we age, melanocyte stem cells become depleted and pigmentation is lost, leaving gray/white hair.

These facets caused depletion in the stem cells that form this pigment, and then let white spots appear on rodent coats.

How Stress Can Discolor Hair?

The study, recently published in the journal Nature, showed that the loss of color in the hair is caused by the activation of the sympathetic nervous system, which is responsible for generating automatic responses of stress or danger, such as fighting or running away from something.

Then, stress activates this system and induces the generation of norepinephrine, which causes melanocyte stem cells to secrete pigmentation excessively, depleting them.

At the same time, it was shown that blocking this proliferation prevents cell loss, hence hair depigmentation. Because of this experiment, new possibilities are opened to research that goes beyond the development of gray hair and the respective therapies.

This promises a better understanding of how stress influences different groups of stem cells and their respective niches, the researchers said.

According to Ya-Chieh Hsu, senior author of the study and researcher at Harvard University, this change is irreversible. “From the beginning, we knew that stress was bad for the body, but the negative effect it produces goes beyond expectations“, added Hsu.

According to the researchers, acute stress, particularly that of a fight or flight response, is traditionally considered as benefits for the survival of humans or animals. However, in this observation, this type of stress is the cause of permanent depletion of the body’s stem cells.

They also comment that, initially, they believed that hair pigmentation cells were attacked by the immune system. Then, the scientists removed the immune cells from the body of the mice of the experiment. The result: their coat still turned gray under stress.

After exhausting the possibilities, the next step was to focus on the sympathetic nervous system. Because of the stress, sympathetic nerves are triggered that are branching out in the hair follicles that in turn produce norepinephrine. In the process, stem cells absorb this chemical, something that has irreversible consequences.

Hair follicles contain stem cells that in turn become cells that produce the pigment that gives hair color. In the case of norepinephrine, they produce an over-activation of the stem cells, turning them all into pigment-producing cells. The result is premature depletion of stem cells. Then, when hair grows back, there are no stem cells that pigment it.

On the other hand, as humans get older, these types of pigment-producing cells die anyway. The reason why old people have gray hair. This damage is permanent.

Many of the harmful effects of stress can be seen with the naked eye, but researchers are beginning to understand how stress affects the human body, both outside and inside, tissues, organs, etc.

At the same time, it is being investigated how psychological stress affects the body, contributing to developing diseases and age prematurely.

Undoubtedly, leading a healthy, active life and practicing some kind of sport such as football, swimming or running, but not like as a Kentucky Derby racing horse. This can help you to postpone this type of condition and contribute to well-being.

How stressed do you feel?