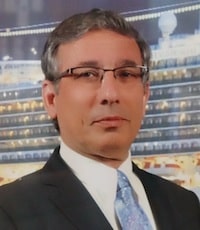 Among those with diabetes, the importance of being diligent about self-monitoring blood glucose cannot be overemphasized—nor can anyone deny that the current state of self-monitoring leaves something to be desired. The finger-prick, the blood and the coated strips can be messy, complicated to use and painful—and these issues can contribute to patient noncompliance. A goal of the medical device community has been to develop a blood glucose monitoring device that is noninvasive but still highly effective, and thereby remove what are believed to be among the two most significant barriers to frequent monitoring of blood glucose by diabetes patients:  pain and cost.

To meet this need, Integrity Applications, based in Ashkelon, Israel, has developed the GlucoTrack® model DF-F non-invasive blood glucose measurement device, which represents a key advance in this area. It is designed to help people with diabetes obtain blood glucose level measurements without the pain, inconvenience, incremental cost and difficulty of conventional (invasive) spot finger stick devices.

The GlucoTrack device takes advantage of the natural physiology of the ear lobe and uses an ear lobe clip to deliver blood glucose readings in about a minute, thanks to a trio of technologies: ultrasonic, electromagnetic and thermal. In June 2013, Integrity Applications received CE Mark approval for the GlucoTrack DF-F model device. As a result, Integrity may sell the device in the 28 member states of the European Economic Area, although it has not yet commenced sales.

There are two components to the GlucoTrack DF-F device: the Main Unit and the Personal Ear Clip (PEC). Supporting up to three different users, the Main Unit is similar to a smartphone in size, weight and functionality. It features an easy-to-use touchscreen, uses a built-in lithium-ion rechargeable battery and includes a USB port for data downloading. The device both displays and speaks out loud the results of a blood glucose reading, and has memory capacity large enough for 1,000 readings per user. The PEC is comfortable and adjustable, individually calibrated, and has an operational lifespan of up to six months (although more frequent replacement or recalibration might initially be required by some regulatory authorities), which cuts down on costs.

Why use the ear lobe as the monitoring site? From a usability point of view, the ear lobe is non-intrusive, so utilizing it for blood glucose monitoring is convenient for the user. More importantly, the ear lobe contains a large number of capillary vessels, and the flow of blood within it is relatively slow, thus providing favorable conditions for obtaining more accurate measurements.  In addition, the relatively small amount of fat and nerves in the ear lobe, as well as the lack of bones, reduces the “noise” and thus helps to ensure a more accurate reading. In addition, the ear lobe remains stable in size over an adult’s lifespan, which lengthens the period of time for which a calibration will remain valid, because users do not have to adjust the PEC due to a change in ear lobe size.

As a noninvasive device, GlucoTrack does not measure blood glucose levels directly; instead, it harnesses three independent technologies to measure physiological phenomena that correlate with the user’s glucose level. These measurements—which are transmitted from the PEC to the Main Unit—are subsequently analyzed using an algorithm that translates them into blood glucose level readings. Significantly, GlucoTrack does not use optical technology, which, based on others’ experience, was found to be impractical for use in noninvasive glucose monitoring.

Once calibrated, the GlucoTrack model DF-F is able to measure blood glucose levels at any desired time, making it the right solution for a wide range of diabetes patients. Although CE Mark approved, it is not yet available for purchase, since Integrity is still in the preparation phase for production. The device is expected to be available within the European Economic Area during the first half of 2014. Integrity also intends to apply for clearance from the U.S. Food and Drug Administration to market the GlucoTrack model DF-F in the United States. If and when Integrity Applications obtains FDA clearance for GlucoTrack, Americans with diabetes might also benefit from access to this noninvasive technology.

Avner Gal is President & CEO of Integrity Applications, a medical device company focused on the design, development and commercialization of non-invasive glucose monitoring devices for use by people with diabetes. He can be reached at [email protected]