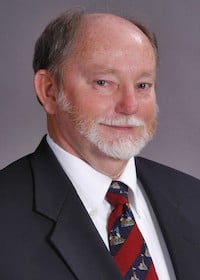 In other words, the time to start estate planning is as soon as a doctor goes into practice.

Estate planning usually comes down to a careful balance of how much someone should give to beneficiaries during his or her lifetime and how much he or she should save to bequeath in a will.

But how to strike that balance relies on a set of complicated calculations that are unique to each individual situation and the current set of laws.

Historically, there have often been wild fluctuations in federal estate and gift tax levels from year to year that have made estate planning a difficult guessing game.  For example, many people faced a dilemma at the end of 2012 as many estate tax breaks were set to expire.  If Congress had not acted by the end of the year, the amount of tax-free gifts that one person could give was set to drop from $5.12 million to $1 million.  Furthermore, the top tax rate on amounts more than $1 million was set to rise from 35% to 55%.  Thus, many people scrambled to give away portions of their wealth before the end of the year.

Congress finally stepped in to make a new law – but not until nearly midnight on January 1, 2013 – after many people had already made their gifts.  Congress passed the American Tax Relief Act (ATRA) that, among other tax provisions, permanently set the top estate tax rate at 40% and defined the tax-free exemption as $5 million, tied to inflation in the future.  In 2013, the exemption stands at $5.25 million.  ATRA also increased the top marginal income tax rate from 35% to 39.6% and increased top marginal taxes on income from dividends and capital gains from 15% to 20%.

Unfortunately, ATRA does little to simplify the question of give now or give later.  Even though some of the provisions are described as “permanent,” it only means that they have no set expiration date.  Congress can still change the law in the future as it deems necessary.

At this time, the best way to determine an appropriate estate planning strategy is to calculate the taxes owed in a variety of scenarios with an experienced advisor who is an expert in the provisions of ATRA and other federal and state tax laws. The advisor will have to take the following factors into account:

Complicated tax laws may deter some people from taking the time to plan their estates, no matter the size.  But without a tax strategy, health care professionals who have worked hard to build wealth for their families may find their substantial legacies significantly diminished by taxes.  An experienced consultant who knows the details of tax laws can ensure that all appropriate taxes are paid while preserving the highest amount of an estate for a person’s loved ones.

John W. Powell is an estate and business planning attorney for the Pittsburgh-based law firm Meyer, Unkovic & Scott.  He can be reached at [email protected]

A Less “Taxing” New Year: Ten Things You Can Do by December 31st to Cut Your 2016 Tax Bill

A Less “Taxing” New Year: Ten Things You Can Do...

W-2 Cyber Phishing is in Season: 9 Best Practices to Halt...