The impact of social media on the general health and wellbeing of the population at large has been debated in medical circles for a long time. Speak to any psychologist or counselor, and they’ll tell you that they’re seeing an increasing number of patients who are suffering from stress or anxiety issues that relate to their consumption of social media. That’s why this next piece of news may make you flinch a little: Facebook is looking to get involved in the provision of healthcare.

To anyone who’s been watching Facebook’s activity for a long time, the move isn’t surprising. We’ve seen them attempt to get involved in cryptocurrency with the attempted launch of Libra. They’ve been trying to get into the entertainment streaming market with Facebook Watch. They also have ambitions on breaking into gambling; they currently offer access to mobile slots through the official Facebook High 5 Casino. By doing so, they provide mobile slots websites like Rose Slots with a direct route to playing games without leaving their favorite social media website. In the process, they get a cut of what their users spend on mobile slots games. Wherever there’s money, Facebook is happy to go looking for it. There’s a big difference between providing entertainment facilities and providing medical advice, though, and your instincts probably tell you that people asking Facebook about their health isn’t a great idea.

Step back from those instincts for a moment to consider the facts, and things may not actually be all that bad. Facebook doesn’t want to give medical advice to its users, and nor are they (at present) planning to charge people for access to health services. Facebook has made significant money in the past by selling advertising to pharma companies, but that isn’t what this is about. Instead, their intention is to help nudge people into going for screenings and shots at the appropriate time by using a new tool called Preventative Health.

The tool will make use of the information that Facebook already knows about you to work out when it would be appropriate for you to make an appointment with a medical professional, and prompts you into making that appointment. Although there have been significant concerns raised in the past about how much information Facebook knows about its users – and how it uses that information – on this occasion it’s understood that the company will use nothing more than the age and biological sex of users in order to determine when a specific appointment or inoculation may be necessary or desirable. The tool has already gone live in the United States of America as of this past Monday, but if successful, it will soon be rolled out elsewhere in the world.

Several trusted, well-known agencies have partnered with Facebook in the creation of the tool, including the American Heart Association, the American Cancer Society, and the American College of Cardiology. They’ve provided the social media brand with data about when in life the most serious health issues are most likely to arrive, and Facebook then takes that information and pairs it with the demographic data it holds for its users to send notifications out when appropriate. In the future, users may have the option to provide Facebook with further information – for example, whether or not they have an ongoing health condition such as high blood pressure – and Facebook will then remind them when to take readings, and when to go for screenings. In some cases, the level of intervention from the tool may be as gentle as reminding senior citizens to go for their annual flu shot.

At present, the tool has to be enabled by users in order for it to become active. Advertising campaigns to raise awareness of the tool’s existence are currently in progress, but if users feel like it could potentially benefit them, they can manually activate it now by finding it through a search. Opening Preventative Health gives users a list of options regarding what kind of information they’d like to receive and how frequently they’d like to receive it. It can also be used to set manual reminders, for example, checkups or test dates.

As well as reminding people to go for screenings or checkups, the tool is also capable of suggesting healthcare facilities where those appointments could take place. It has access to a map of qualified health centers across the country, including options for people who live in areas where facilities are difficult to come by. Some of those facilities currently provide their services free of charge, although others do charge fees. It’s unclear whether Facebook will receive a cut of any booking made at a fee-charging facility through the tool. If it does, that’s likely to raise questions about impartiality and ethics.

Facebook has been at pains to point out that they don’t receive any data about the health of users regardless of whether they use the tool or not, and also stress that any information entered into the tool – such as a request for a reminder about a checkup – isn’t shared with any third parties. As there have been several recent scandals about the way Facebook data has been accessed and used by third parties, those assurances likely won’t be sufficient to quell the concerns of some users.

At this stage, though, it’s perhaps better not to look a potential gift horse in the mouth. There’s little doubt that the number of deaths caused by cancers or heart issues could be reduced if people were more pro-active about getting screened for diseases regularly, and if this Facebook tool proves capable of moving people in the right direction on that front, then it will have done a fine and noble thing. Targeting the age groups most likely to be affected by such problems at the relevant points in their life could be all it takes to make the difference with detection and survival rates, and it would be an example of the power of social media being used for good. After the last two years of negative press Facebook has received about its conduct, having such an example to shout about would be very welcome 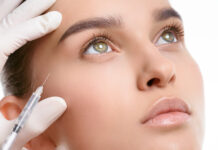 Methods of investing in Bitcoin Cash

Tips to Succeed at Dota 2 Betting

What Are Your Options for After-Hours Healthcare?

How Essential are Word Games – Know the Benefits