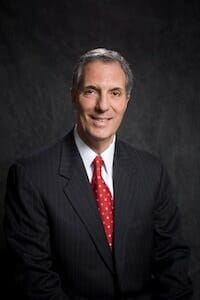 Many of us give money to causes and charities where we are passionate about the mission they fulfill.  That funding usually goes directly to the daily operations of the charity and is crucial for the continued delivery of services.  But those contributions do not enable beneficial new initiatives and programs.  Let’s differentiate that with some examples.  A library works hard to fund its daily operations with contributions.

But it lacks the money to provide early intervention reading programs in a low-income community.   In another case, an animal shelter provides refuge for abandoned and abused animals and subsequently places them in appropriate homes.  But it doesn’t have money to create aggressive spaying and neutering programs in the communities to stem the overwhelming tide of puppies and kittens that are filling its cages.

So who or what provides the funding to do the strategic programs that speak to the heart of a charity’s mission but aren’t part of the daily work activity and are beyond the ability of routine contributions to maintain?  The answer comes from two allied entities called foundations and endowments.  A foundation is an organization that makes meaningful donations to charities to fund specific projects and programs as opposed to paying for daily operations.  So a foundation may pay for the low-income neighborhood reading center or a mobile spaying and neutering van to go into the neighborhoods and provide that service at low or no cost to those who can’t afford it.  In both examples, it is hoped that the results will address common societal ills such as poverty, disease, abuse and neglect.

Foundations don’t often provide ongoing programmatic support but rather enable the installation of such programs with seed money.  Then, once results are apparent, the programs can attract their own community contributions to maintain themselves.  Foundations can be public and visible, like the Pittsburgh Foundation, and attract money from many philanthropic families and individuals.  Or they can be private and funded by an individual or family.

An endowment is similar except that it is usually connected to a charity and attracts what are referred to as testamentary bequests.  People leave money to endowments when they die or they make major gifts while they are still living. The common factor is that these are larger gifts than the typical charitable donation and the gifts remain in the endowment to generate ongoing income that funds the work of the charity.

It is completely accurate to say that, without the largess of foundations and endowments – and the individuals and families who fund them – the quality of life in our region would be much poorer.  Major initiatives that make a difference in the lives of all of our people would not happen because the funding would not otherwise be made available.  As we go about our financial lives where we have benefited from the bounty of America, let us consider our mandate to reinvest in our children’s and grandchildren’s lives by making contributions to the foundations and endowments that enrich the quality of life in our region.

Author’s Bio: With over four decades of experience in the investment and financial planning fields, Bob heads Fragasso Financial Advisors as Chairman and Chief Executive Officer.  He has used that experience to carefully craft a plan for the firm as we know it today.  “We have extremely efficient processes and systems that have been refined over the years, which include rigorous investment management processes and personalized financial planning for each client devoid of proprietary product bias.  The highly evolved management team guarantees quality assurance and perpetuity for the firm.”

Bob is a graduate of Duquesne University and served in the U.S. Marine Corps. He earned his CFP® or Certified Financial Planner™ designation in 1982 from the College for Financial Planning and was recently honored as a founding member of that profession.  He is also active with several local charities including the board of Animal Friends, a no-kill animal shelter. He is Chairman of the Board of Governors of the Rivers Club and a past President of Amen Corner, a 135 year old business and social group. Bob chairs the board of Entrepreneuring Youth, serves on the Board of Trustees of La Roche College and on the Board of Directors for the Pennsylvania Economy League Southwestern Pennsylvania. He is also serves on the Investment Committee for Pittsburgh Action Against Rape and as a member of the Council of Friends to South Park.  Bob was selected to Duquesne University’s Century Club of notable graduates and designated a Distinguished Alumnus of Carrick High School.

Bob is the author of Starting Your Own Practice: The Independence Guide for Professional Service Providers, published by John Wiley and Sons. 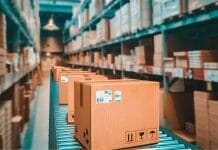 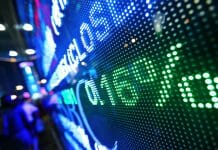