Don’t Forget the Importance of Vaccines When Flu Season Ends

News Around the Region 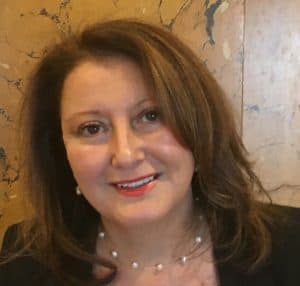 Like clockwork, when flu season ends, so does the bulk of media coverage surrounding the importance of vaccines.

We’re only reminded to revisit the issue when an outbreak occurs during the summer.

Even though health risks from pneumococcal disease are potentially more dangerous than those related to the flu, those at the highest risk of contracting the disease are not getting vaccinated against it.

According to a 2015 report authored by Cleveland Clinic researchers for the CDC, pneumococcal coverage among adults in high-risk groups was just more than 21 percent overall.

As many as one-third of adults living with a chronic illness are at greater risk of contracting pneumococcal disease, which can present not just in pneumonia but also in bloodstream infections and meningitis.

Our organization works with patients who have chronic liver disease, which is one of the greatest risk factors for pulmonary complications in patients with community-acquired pneumococcal pneumonia because it increases the risk of death from pneumococcal sepsis.

That means for adults living with a condition like asthma, HIV/AIDS, COPD, kidney, heart disease or liver disease, the risks of being under-vaccinated are even greater.

Despite overwhelming evidence on the benefits of vaccinations in fighting disease, many adults still aren’t up to date on their shots.

The National Foundation for Infectious Diseases reports pneumococcal disease is the number one cause of serious illness worldwide, responsible for almost a million cases and more than 50,000 deaths from pneumonia every year — twice as many as the number of flu deaths annually.

That’s an average of 125 deaths per day.

Pneumococcal bacteria are spread from person to person by direct contact with respiratory secretions, such as saliva or mucus. In some cases, a person carrying pneumococcal bacteria may not even feel sick and could pass along the disease without even knowing it.

The good news is pneumococcal pneumonia can be prevented with inexpensive, safe, effective and already available vaccines.

Unfortunately, far too few people know about the risks of pneumococcal disease. Only 50 percent of respondents to a recent survey conducted by the Asthma and Allergy Foundation of America (AAFA) know what pneumococcal disease is and just 29 percent know if they have actually received the vaccine.

As previously stated, for patients with chronic conditions, contracting pneumococcal disease elevates the risk of other complications associated with their long-term illnesses.

But it’s not just people with these ailments who need to be concerned.

At its annual press conference to encourage flu vaccination in Washington, D.C., the CDC stressed the importance for people in the following groups to receive both the pneumococcal shot and the flu shot, including:

It is also a good idea for their family members to get the vaccine, even if they aren’t at risk.

Everyone in these groups needs to be aware of the risks associated with pneumococcal disease and do everything they can to prevent contracting it.

Talk to your doctor about vaccinations to prevent pneumococcal disease.