With the growth of the movement for legalizing marijuana, the entire state is facing a new safety issue.

The new guide published by the Governors Highway Safety Association is our most significant source, as well as a cause for concern. It shows that, after legalizing marijuana, states saw an increased number of road accidents.

The conclusions of the research done on the topic are inconclusive; however, it seems that more people will start using the substance daily. Thus, driving under the influence of drugs will become a more common occurrence. Today, we bring you an overview of the THC regulation, as well as its effects on road safety.

According to the latest updates, eleven US states, as well as the District of Columbia, have legalized marijuana for recreational use of adults.

The movement started in 2012 when Washington and Colorado approved the usage. Many more states followed suit in the years that followed. The most recent action took place in May 2019, when Illinois passed an act allowing for legal sales of marijuana.

Moreover, in 2018, 21 more states considered a bill that proposes the legalization of recreational marijuana. The entirety of the US is under the impact of this movement. As a result, many pieces of legislation already took place to regulate it.

The Impact on Drivers

Since the beginning of this movement, several studies examined the impact the substance has on drivers. Most focused on analyzing the relationship between usage and accidents.

A study from 2017 found that the legalization has not increased the number of fatal accidents. However, the states that have legalized are seeing an increase in overall car crashes.

Looking into reported road accidents wasn’t enough, though. Another study took place, examining the influence of THC on drivers. It concluded that marijuana leads to slower thinking and decreased perception.

Although the study focused only on a small sample of drivers, we can gather vital information from it. The results point towards the negative effects of THC on road safety.

Tests for driving under the influence of alcohol exist, and the police rely on them at the moment. They show only partial results in determining whether a driver has been using recreational drugs.

These circumstances point to the fact that the police all over the US need extra training, as well as more advanced tools to determine whether a driver is under drug influence.

The most significant proposal includes a device for screening oral fluid. The amount of the substance is most readily detectable that way.

In essence, the state at the moment has no sufficient tools for the proper regulation of driving under the influence of drugs. This fact is not following the growing movement for legalization.

We can only hope that individuals will hold themselves accountable for their own, and everyone else’s, road safety. Ways to do so include avoiding DUI, taking a cab, hiring corporate transportation for events where marijuana may be used, and more.

What the Future Holds

It seems that more and more states will legalize recreational use of marijuana. As a consequence, more drivers under the influence will make their way on the roads.

The tragic accidents we saw since the beginning of legalization are likely only the tip of the iceberg. The country needs to catch up and introduce more techniques for regulation. Otherwise, we may continue seeing fatal consequences as the bills are passed.

The US is at a crossroads. Marijuana is becoming legalized in more and more states. The laws regulating it exist, but they are vague. We all need to be making the conscious decision not to drive while under the influence.

Only that way can we see the improvement we did with the relation of driving and alcohol consumption. We need to do something to keep our roads safe. 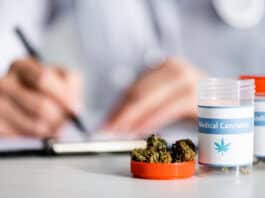 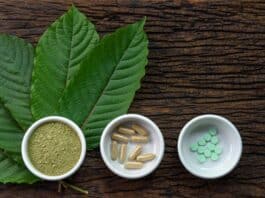 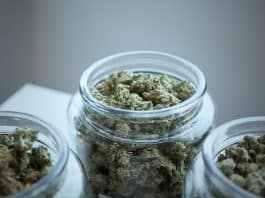