There are nearly 100,000 emergency hospitalizations each year for adverse drug events that involve U.S. senior citizens, according to a Centers for Disease Control and Prevention study published in the New England Journal of Medicine. Of the thousands of medications available to patients, a small group of blood thinners and diabetes medications caused two-thirds of the emergency hospitalizations, the report said.

Having someone check on you or your senior loved one could make you feel more at ease.  A Home Instead CAREGiverSM can provide personal care services including medication reminders and transportation to doctors’ appointments to help give you peace of mind.

More information about how to be better prepared for medical emergencies can be found at www.SeniorEmergencyKit.com. To learn more about this study, go to http://www.cdc.gov/media/releases/2011/p1123_elderly_risk.html. 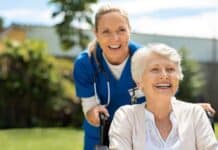