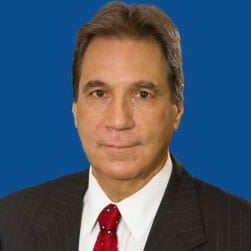 Just about every day there’s at least one story published in a newspaper somewhere in the U.S. about healthcare fraud. It might be about an individual provider who has been arrested, a hospital that is under investigation, or an office employee in a healthcare setting who has been sentenced to jail for their role in defrauding Medicare, Medicaid or some other payor.

How do these cases come to the attention of investigators? And, what can a provider do once they become the target of an investigation?

Investigations can be initiated in a number of ways: Disgruntled employees, ex-spouses who feel slighted, or a jealous competitor can serve as a whistleblower. Or, your practice might become the target of computer surveillance – i.e. a provider’s billing practices show up as an outlier for performing too many procedures or making more money than others. Some providers and suppliers that historically have had a greater risk of fraud also end up targets of increased scrutiny.

So, what do you do once you become aware that you or your practice has become the target of an investigation?

One of the single most important decisions a healthcare provider or organization can make is to determine when to conduct a defense investigation.

The purpose of a defense investigation is to reduce or eliminate criminal, civil, licensure or administrative liability for the organization’s management and employees.

The need, and in some instances the duty to investigate, stems from several sources: state law, OIG regulatory guidance, Sarbanes-Oxley Act, and federal and state civil False Claims acts.

The legal investigation: This will take place at the same time as the factual investigation. At this point it’s important to identify what laws, rules or policies are alleged to have been violated. The lifeblood of any investigation is evidence. If there isn’t enough evidence then an investigation can die on the vine. You want to bring in your own private investigator to conduct interviews and bring in billing and coding experts to crunch numbers. Whatever the issues demand, it’s imperative that you match the government’s resources.

Defense case presentation to enforcement authorities: A defense attorney will meet with the prosecutor early on in an effort to protect your interests. This is why it’s imperative that a healthcare provider bring in counsel as soon as he or she suspects they have become the target of an investigation.

The bottom line for anyone facing an investigation: The quicker you get a lawyer involved the better off you are.