While the nation’s largest publicly traded health insurers continue an elaborate five-way mating dance, physicians groups worry that a winnowing of the carrier field will lead to lower payments for hospitals and higher premiums for patients.

“Everybody should have serious concerns about that,” said Dennis Olmstead, chief strategy officer and medical economist at the Pennsylvania Medical Society, the state physicians’ lobbying group. “Competition is usually good … that’s why we have federal antitrust laws.”

The combination of any two of the “big five” public insurers — UnitedHealth, Anthem Inc., Aetna, Humana and Cigna — could indeed invite the scrutiny of the U.S. Federal Trade Commission and the U.S. Department of Justice, particularly any merger involving UnitedHealth, which is already the largest health insurer in the country with more than $130 billion in 2014 revenues.

Why Every Business Needs Retail Insurance 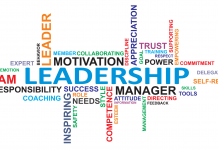 Don’t Forget the Importance of Vaccines When Flu Season Ends

Genesis Medical Teaming Up with Athenahealth