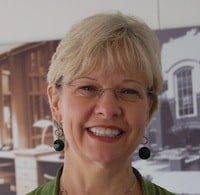 If a person is hospitalized today, they have a 1 in 20 chance of acquiring an infection – of those who acquire an infection there is a 1 in 20 chance of dying from that infection. 4.5% of hospitalized patients develop healthcare acquired infections, annually. In the US, Healthcare Associated Infections (HAI’s) claim the lives of 100,000 people each year.  Resistant pathogens require expensive drugs, extended hospital stays and readmissions increasing healthcare costs by as much as $45 billion a year.

Copper is essential to the development of all forms of life and is naturally present in the earth’s crust. It is the oldest metal used by man. Microbes were not understood until the 19th century, but copper’s hygienic properties were well known through experience and tradition. The Egyptians, Romans, Aztecs and the Greeks (Hippocrates himself) used copper as a sterilization agent for drinking water, treatment of wounds, boils, eye infections and venereal ulcers. Today, copper is an active ingredient in many different types of antimicrobial products: fungicides, antifouling paints, antimicrobial medicines, oral hygiene products, hygienic medical devices, and antiseptics.

In February 2008, the US Environmental Protection Agency (EPA) approved the registration of copper as an antimicrobial agent to reduce specific harmful bacteria linked to potentially deadly microbial infections.  Surfaces made from copper and copper alloys, containing at least 65% copper, kill 99.9% of potentially harmful micro-organisms within 1 to 3 hours of exposure.

There are over 450 copper alloys which can be marketed in the U.S. as antimicrobial. Potential uses include door and furniture hardware, bed rails, intravenous (IV) poles, bedside tables, soap, hand-sanitizer and paper towel dispensers, faucets, sinks and work- stations. Can copper and copper alloys (brass and bronze) help curb the spread of bacteria that cause healthcare- acquired infections?

The US Copper Development Association (CDA) is taking a lead role through research funded by the US Department of Defense. The study took place at Memorial Sloan-Kettering Cancer Center in New York, the Medical University of South Carolina and the Ralph H. Johnson VA Medical Center, in Charleston, SC.  Intensive Care Units of each hospital took part. Three different patient populations were represented. Patients were randomly placed in available rooms with or without copper alloy surfaces, and the rates of HAIs were compared. A total of 650 patients and 16 rooms (8 copper and 8 standard) were studied between July 12, 2010 and June 14, 2011. The research showed that the most heavily contaminated objects were in close proximity to the patient including:

Routine cleaning and sanitizing protocols were followed in all rooms. No additional cleaning measures were adopted or omitted.

Published data from the clinical trial found that the strategic placement of copper surfaces in the Intensive Care Unit reduced the number of patients who developed HAIs by 58%. The microbial burden on copper alloy surfaces was decreased by 83% as compared to non- copper surfaces.

A paper published by the CDA makes a “business case” for the use of antimicrobial copper touch surfaces based on this research. The paper states that at a typical 420 bed hospital, it is projected that treatment costs for HAI’s will be $36 million annually. Using antimicrobial copper surfaces, on the items listed in the research, could cut total infections by 20% and translate to an annual savings of $7.2 million. Based on an initial one- time cost, of $3 to $6 million, to outfit the single patient rooms in a 420 bed hospital with antimicrobial copper touch surfaces would yield a payback in less than one year.

With the Center for Medicare & Medicaid Services (CMS) instituting policies to limit hospital reimbursement for HAIs (and private insurance providers expected to follow suit), the negative impact to a hospital’s operating budget can be significant. Antimicrobial Copper alloy touch surfaces will aid in the reduction of infectious bacteria throughout hospitals, while also helping to comply with federal mandates for improved patient safety.  Additionally, the copper alloy components are durable, may last for decades and are 100% recyclable.

“Copper alloy surfaces offer an alternative way to reduce the increasing number of HAIs, without having to worry about changing healthcare worker behavior,” said Dr. Michael Schmidt, Vice Chairman of Microbiology and Immunology at the Medical University of South Carolina and one of the authors of the study. “Because the antimicrobial effect is a continuous property of copper, the regrowth of deadly bacteria is significantly less on these surfaces, making a safer environment for hospital patients.”

The EPA requires the following statement to be included when making public health claims related to the use of Antimicrobial Copper Alloys:

“The use of a Copper Alloy surface is a supplement to and not a substitute for standard infection control practices; users must continue to follow all current infection control practices, including those practices related to cleaning and disinfection of environmental surfaces. The Copper Alloy surface material has been shown to reduce microbial contamination, but it does not necessarily prevent cross-contamination.”

Copper and copper alloys used as an antimicrobial touch surface is a step in a positive direction.

Jeri Steele does healthcare research and design at Stantec in Butler, Pennsylvania. Jeri can be reached at [email protected].