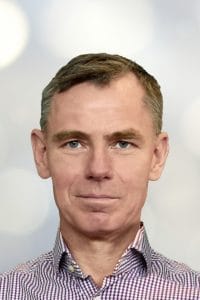 Healthcare spending, currently projected to grow by 5.8% annually in the U.S. and to represent 20.1% of the total economy by 2025, has made healthcare market reforms a critical and ongoing priority of regulatory policy. Healthcare markets are intrinsically fragile simply because providers deliver wide-ranging services to generally ill-informed patients who cover only a fraction of the costs.

To fill the gap, that is what appears to be failing market coordination between providers and patients, intermediaries have been responding by injecting know-how, aggregating demand and screening supplies. But intermediaries are subject to regulatory concerns, as non-transparent practices could give rise to deceptive conduct and the scale of operations may eliminate actual, or foreclose potential, competition. Pharmacy benefit managers (PBMs) are a case in point.

PBMs organize the sale and reimbursement of prescription drugs between producers, pharmacists and health plans. At the end of 2016, around 30 PBMs were managing pharmacy benefits for more than 253 million Americans.

But since the late 1990s, PBMs have been increasingly merging with large pharmacies, leading to concerns over their incentives to secure the best deal for patients. At the end of 2016, the largest two of such combinations, CVS-Caremark and Express Scripts/Medco Health Solutions, accounted for more than one fifth of the almost four billion US prescriptions dispensed annually. Right now, the pharmacy chain Walgreens Boots Alliance is having difficulty clearing its acquisition of Rite Aid Corp, a pharmacy chain that also owns a PBM, Envision Pharmaceutical Services, because of concerns that this merger will add to industry consolidation and potentially push up drug prices.

PBMs are also the focal point in the current “drug-price blame game”, with independent pharmacists and drug producers zeroing in on them as the main culprits for price increases. As a result, in the perceived absence of intervention from the FTC (aside from the current Walgreens/Rite Aid situation), some states are taking matters into their own hands and enacting new regulations and licensing rules to curtail presumably abusive PBM behavior.

PBMs’ use of the maximum allowable costs (MAC) price list model, which specifies the maximum amount that a buyer will pay for generic drugs, has been controversial – and unpopular particularly with independent pharmacies – since its introduction in the 1980s. The theory is that PBMs set MACs based on the average acquisition cost of a benchmark pharmacy, thus finding a middle ground that simplifies transactions, avoids the distortions of commission-based pricing, and prompts pharmacists to shop around for the cheapest generics. However, PBMs are not required to be open about their methods for setting MAC pricing, leading to mistrust over how they are calculated and suspicion that MACs are being effectively rigged to benefit the big pharmacy companies for whom some of these PBMs work.

Added to this is further mistrust, this time of the FTC to carry out its duties as the federal antitrust enforcer. The American Antitrust Institute, a competition think-tank, believes the US has become too lax on competition in recent years, leading to cartelization in the healthcare markets. State legislators therefore don’t trust the federal commission to do its job and feel they must act to rein in the actions of predatory, often out-of-state PBMs. Mississippi, for example, has introduced legislative changes that move regulatory control of PBMs from the Insurance Commission to the state’s Board of Pharmacy, which is made up of pharmacists with no fiduciary duty. This will force PBMs to disclose how they arrive at MACs and may also penalize them if amounts paid and charged differ. This may have some positive effect on local pharmacies’ bottom lines, but in effect it removes the market forces that, on aggregate, benefit the US consumer by keeping drug prices in check.

As yet, there is no evidence that PBMs actually need to be brought into check. Although antitrust litigations have been brought against PBMs such as Caremark Pharmacy Services, Medco Health Solutions and Express Scripts (including allegations of restraint of trade, attempts to monopolize, self-dealing, and taking kick-backs), there have been no definitive verdicts against them. Evidently, issues are unclear and regulatory responses far from obvious.

The problem with protective legislation is that it destroys the whole PBM model. It eliminates efficiency incentives, limits competition among pharmacies and drug suppliers and lessens rivalry among PBMs. Local constituencies are driving state regulation at the expense of consumers and out-of-state big business. The likely outcome is that competition will be negatively affected – and drug prices will rise.

Ralf Boscheck is the Lundin Family Professor of Economics and Business Policy at IMD business school, where he is program director of IMD’s MBA program. With more than 20 years of teaching in a number of executive programs, Professor Boscheck believes in using intensive and direct interaction to develop technical competencies, self-awareness and moral judgment. 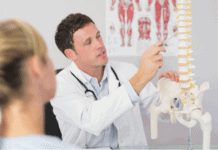 ReNu Chiro: How To Find The Right Chiropractor In Beaverton

4 Important Things You Can Do To Save The Environment

What are Medical Claims and How Do They Work?

The Top 10 Components to Maintain a Sanitary Food Processing Plant