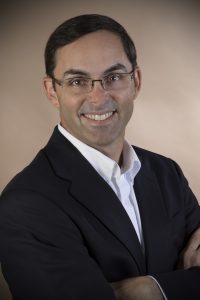 The shortage of physicians was already an issue in the United States … and then came the Affordable Care Act, which exacerbated the problem immensely.  In fact, the Association of American Medical Colleges now estimates that there will be a shortage of 91,500 doctors by 2020.

This added demand for healthcare means physicians will simply have less and less time to spend with patients.  Moreover the increase in paperwork and administrative burdens placed on physicians over the past few years has many physicians questioning their career choice.

Consequently, more and more physicians are looking at concierge models.  As you begin to weigh this consideration, keep in mind that there are three primary routes: concierge, direct primary care, and hybrids.

There are many varieties of concierge medicine, but the traditional form is where the patient pays a monthly fee or annual fee that gives them direct access to the physician.  The practice profits not only from this fee but also bills insurance companies for visits.

One benefit of this approach to the provider is having a small, preset number of patients to care for, which allows for a more personal interaction with patients.  From the financial side, practices may collect money from two streams and thus not be as concerned with fighting insurance companies as they would in a traditional medical practice.

One key drawback is that if the provider is still accepting Medicare (or commercial payers with nondiscrimination clauses in their contracts), then the provider is subject to those government regulations for payment (e.g. meaningful use).

With the direct-primary-care model, many providers do not take insurance at all, but rather rely solely on the monthly/annual fee from patients.

As with the concierge model, providers benefit from being able to keep their practice small and tailored to how many patients they wish to see.

As far as pros and cons, they are fairly reversed from the concierge model.  A key benefit from not taking insurance is that the practice is not subject to Medicare regulations.  The practice also does not have to concern itself with contracting and credentialing with insurance companies, nor worry over denials, pre-certification, collecting co-pays, etc.

A drawback, however, is that there is only one source of revenue: from the patient.  Consequently, the practice must be diligent with its financial planning to ensure the patient fees are enough to support the practice operations.

A practical reason to go with this approach is that it allows you to determine if eventually going entirely off of a traditional practice model is right for you.  Physicians also like this model because they are able to retain many of their established patients (under the insurance payment side) without have to hand them off to another practice.

A key downside, however, is that this model takes a lot of operational planning and scheduling finesse because, simply put, patients paying a fee for concierge medicine expect to be at the front of the line.  This does not have to be an internal juggling act, but rather does take significant planning and staff training.  Another downside is that the practice still has a significant number of traditional patients, and thus it is subject to some of the insurance rules and regulations mentioned earlier, as well as the continued headaches of billing and collection.

If you are considering taking your practice in one of these directions, there are many things to consider.  New providers or providers new to an area may consider a concierge or direct-primary-care model, whereas providers with existing practices who are contemplating a change may want to start slowly by implementing a hybrid model.

Hiring a consultant to help guide you in the right direction will be money well spent, especially given that such a change in your practice means changing your financial operations and marketing.

Nick Hernandez, MBA, FACHE is the CEO and founder of ABISA, LLC, a consultancy specializing in strategic growth initiatives for physician practices.  He can be contacted at nhernandez@abisallc.com.