Compulsive overeating is an eating disorder in which a person tries to use food to numb not the usual physical, but unbearable emotional hunger.

Before getting rid of compulsive overeating, it should be understood that the problem is psychological in nature and if there is no help from a specialist, it can lead to serious health problems.

Compulsive overeating can be called the fact of eating a large or even a huge amount of food for a short time. To clinically confirm a diagnosis of binge eating, the frequency of binge eating must be at least 1 per week for three months.

So what does a psychogenic overeating episode look like? Surely someone has been through this before, when during stressful events in the absence of physical hunger for 1-2 hours, everything is eaten much more than usual. Eating often occurs all alone and continues until there is a distinct pain in the stomach. In some cases, the ingestion of food lasts until the food supply is completely empty, and it doesn’t matter whether yesterday’s buckwheat or a freshly cooked pie is at hand. At the end of the meal, there are unpleasant feelings: shame, depression, and self-loathing.

Nervous overeating is not only uncontrollable in terms of the amount of food, but often a person may not realize in the process how much he has already eaten. In most cases, the reason is that a person is eating and watching Netflix or playing at TonyBet at the same time. Attacks occur on their own, so it’s difficult to cope with compulsive overeating on one’s own.

Psychogenic overeating is rarely combined with other eating disorders. Sometimes there may be a desire to “cleanse” the body of what has been eaten by provoking an attack of vomiting, but the combination of the disease with bulimia is uncommon.

In approximately 30% of cases, compulsive overeating occurs in conjunction with being overweight, and the cause-and-effect relationship runs both ways: obesity can develop as a result of an eating disorder, just as eating disorders can be a result of depression over the extra pounds on the scale.

The cause of psychogenic overeating is most often stress. This can be the death of a beloved pet, a job change, parting with a loved one or any other emotional turmoil, which is difficult to cope with alone without “eating” the current problem. Subsequently, the trigger for the development of a new attack of compulsive overeating may be a situation that is not that significant, and a breakage would be sufficient, for example, to break a nail or be late for the bus.

Besides stress, there are such reasons for the development of a compulsive overeating attack:

How to Suspect Yourself of Compulsive Overeating: Top 5 Signs

1Food “Cures” From Stress and Soothes

Modern man lives in a state of chronic stress. Work until late at night, lack of good sleep and rest, stress in relationships with loved ones – the anxiety inside is growing, but the emotional release is still not there and not there. It is at this point food comes to the rescue, which seems to be able to “heal” any psychic wound. At first, eating a packet of chips, a pastry or a portion of barbecue brings emotional satisfaction and there is a feeling that the horizon of life is clear of hardship. After a while, relief comes, but only during the process of eating itself, hence the longer it is, the easier you feel.

2Eating for Pleasure Without Feeling Hungry

In psychogenic overeating, feelings of hunger have nothing to do with meals. After a dense dinner, when it seems that you are about to “burst”, there is still room for dessert and you can be sure that it will be eaten to the last crumb. If there is another dessert or a portion of delicious food, a person suffering from an attack of overeating is unlikely to give it up despite being full.

3Feelings of Guilt After Overeating

At the beginning, the breakdowns may be relatively controlled and not cause remorse, a person perceives food as “medicine for the soul”. The euphoric period does not last long, and after a while attacks of nervous overeating entail not the expected peace of mind, but a sense of shame and guilt. Then comes the time of “punishment”, in a course are strict limits on food, and both in its quantity and variety, and what else to do after an attack of compulsive overeating.  However, the more a person restricts himself, the more he wants to break these restrictions, which eventually leads to another breakdown and the vicious circle closes.

At attack-like overeating, you can eat comfortably only in solitude so that nobody is condemned for the eaten excess portion. It becomes difficult to eat in the presence of family and friends because of the often accompanying excess weight there is a feeling of condemnation from outside for each bite eaten, “ashamed to be yourself”. Thus, eating in a cafe, restaurant or family table turns from a good pastime into torture.

5Lack of a Meal Plan

Half a day of fasting as a punishment for yesterday’s breakdown, and after that another attack of neurogenic overeating on the background of a strict ban, which caused stress and a desire to urgently “eat” it. Often it also happens that a person eats throughout the day without realizing what he puts in his mouth. It is simply impossible to remember after such an uncontrolled day of eating what exactly was eaten and in what quantity.

According to studies, episodic overeating can be compared to alcohol or drug addiction, so its treatment should begin with a visit to a psychotherapist. You shouldn’t be afraid to visit a psychiatric department, because it’s its workers who are involved in the therapy of eating disorders, ready to listen and help without a hint of judgment.

Here’s what a treatment plan for psychogenic overeating looks like roughly:

A few years ago, memantine was added to the list of drugs that can help with compulsive overeating. This drug was originally developed for the treatment of Alzheimer’s disease. In animal experiments, memantine showed itself on the good side, as it reduced the frequency of binge eating. A little later, they conducted a study of the drug, inviting 16 people as volunteers. More than half of them improved by the end of the course with memantine, and the frequency of binge eating attacks decreased. Research on the drug is ongoing, so this medication cannot claim the top spot among the few tools for treating binge eating attacks.

How to Fight It on Your Own

Understand what really makes you eat without stopping until the appearance of nausea, what the true cause of overeating is. If you can not answer this question yourself, you should seek help from a psychotherapist who knows how to treat compulsive overeating.

With neurogenic overeating, it is important that the person is aware of his or her actions, because admitting that the problem exists is half the success in solving it.

Let’s say the realization that the relationship with food is unhealthy has come, but what’s next? The next step is to reduce the frequency of bouts of overeating, that is, to stop provoking them independently with bans and restrictions on food in the form of diets, because the more taboo, the more you want to break it.

It may take quite a long time before the food addiction goes away, which is why it’s important to stock up on patience and not to interrupt psychotherapy sessions, if any. A comprehensive approach to solving the problem with the involvement of allied professionals, as well as the support of loved ones, increases the chances of a complete cure. 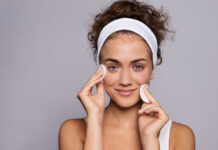