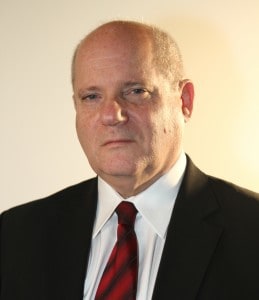 Carbohydrates serve a basic role in normal cell functions as well as in major disease pathologies such as cardiovascular disease, inflammatory diseases and cancer. Carbohydrate molecules possess a tremendous variety of shapes, orientations and compositions.

Thus, carbohydrate chemistry can be used to create a wide selection of complex therapeutic molecules and drugs, including pure carbohydrates as well as protein-linked carbohydrates, or glycoproteins. As a result of their complexity, carbohydrates haven’t received as much scientific attention as nucleic acids and proteins. However, significant progress is occurring in this area.

Consider diabetes; as uncontrolled diabetes can result in micro- and macrovascular complications, tighter but safe glycemic control is required. Interestingly, even as high carbohydrate intake can result in a rise in glucose and amplify one’s risk of diabetes, research suggests that complex carbohydrate chemistry can work to reduce the uptake of sugar into the bloodstream.

Manchester, NH-based Boston Therapeutics is developing a non-systemic, non-toxic chewable complex carbohydrate-based compound named PAZ320 for its ability to lower post-meal elevation of blood glucose, and thus as a treatment to delay, or prevent the onset of Type 2 diabetes and related complications such as heart disease, stroke, kidney damage, retinopathy and diabetic foot. The compound is a complex polysaccharide to be taken before meals; it operates in the gastrointestinal tract to block the action of carbohydrate-hydrolyzing enzymes that break down carbs in foods during digestion, lowering the amount of available glucose absorbed via the intestine. This treatment has demonstrated positive results in a Phase II clinical trial in patients with Type 2 diabetes.

A separate potential application of carbohydrate chemistry is as an injectable anti-necrosis drug, both for the prevention of necrosis and the treatment of ischemic conditions that may lead to necrosis. Boston Therapeutics is developing this application under the name IPOXYN™. The drug consists of a stabilized glycoprotein composition containing oxygen-rechargeable iron, targeting both human and animal tissues and organ systems deprived of oxygen and in need of metabolic support.

For decades, oxygen carriers have been created for perfusion and oxygenation of ischemic tissue; none have yet succeeded. The new approach to treatment of ischemic tissue and prevention of necrosis is fundamentally different; it is a New Chemical Entity, not a biologic blood substitute, with a modified Heme chemical structure. The new compound prevents methemoglobin formation linked to the adverse effects of vasoconstriction and myocardial infarction. Also, due to its very small molecular size, it is capable of perfusing constricted, ischemic capillaries inaccessible to red blood cells. This small size has particular significance in treating vascular complications of diabetes since red blood cells might already be enlarged and lower limb vasculature might be compromised. The new compound is a glycoprotein-derived substance that is sourced from a biological mixture that is prone to immunologic activity, and the agent is purified by a novel processing technology. In general, the human body conserves the protein and recaptures amino acid moiety. The compound is broken down and is eventually collected in the spleen or liver, or is eliminated by the kidneys.

A veterinary facsimile of this compound, OXYFEX™, is also under development by Boston Therapeutics, reflecting an unmet need for blood replacement and oxygen delivery to damaged or ischemic tissue due to trauma, surgery anemia and other disease conditions. This can work as an oxygen delivery mechanism for animals suffering ischemia or traumatic and surgical blood loss events.

An additional potential application of novel carbohydrate chemistry involves a formulation containing fractionated pectin for blocking inflammation in the gastrointestinal tract. It has been shown that pectin, a plant-derived carbohydrate, has a favorable effect on a wide variety of pathological conditions. In IBD, pectin might help decrease the inflammatory response in the colon by moderating the amounts of pro-inflammatory cytokines and immunoglobulins, and might help to reduce inflammation in a dose-dependent manner. Consequently, a new carbohydrate chemical structure, BTI-9, is being developed by Boston Therapeutics; the polysaccharide compound has been shown to bind to tumor necrosis factor alpha (TNF-α) and thereby block immune system activation and inflammation. The compound is being designed as a  new chemical entity for colon health.

In summary, complex carbohydrate chemistry is significant for addressing unmet medical needs in various areas. Its continued development could provide novel treatments and hope for millions of patients around the globe.

David Platt, Ph.D. is CEO of Boston Therapeutics. Inc., a pharmaceutical company focused on the development, manufacturing and commercialization of novel, carbohydrate-based compounds to address unmet medical needs in the areas of diabetes and inflammatory diseases. He can be reached at [email protected].