The former homecoming queen became one of ten patients enrolled in a special protocol at the University of Pittsburgh Medical Center, the world-renowned transplant hospital that once catered to patients from as far as the Middle East. The protocol’s goal was groundbreaking: to allow transplant recipients to live without harmful doses of immunosuppression.

Katy’s case was a failure. Its collapse prompted a feud involving Starzl, hospitals administrators and the man who performed the surgery, Dr. Amadeo Marcos. In “A Transplant for Katy: Heartache and Betrayal at the Transplant Capital of the World,” investigative reporter Luis Fabregas recounts in startling details the story of a young woman who put her life in the hands of the most trusted names in medicine. 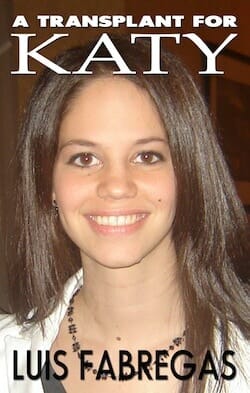 The book, based on Fabregas’ reporting, reveals how Katy’s death also opened the door to an unheard of study about complications in liver transplants.  The study, led by Starzl, found that complications among patients who received the once-popular surgery in Pittsburgh were occurring more often than anyone expected. Starzl, then 80, blamed Marcos for the surgery’s failure.

“His personal behavior includes lying about complications,” said Starzl, who for several months after Katy’s death was banned from stepping into the Pittsburgh transplant institute bearing his name.  The book reveals how administrators accused him of breaking privacy laws as he collected data about the surgeries.

“A Transplant for Katy” weaves a compelling story of hope and betrayal, centering on the lives of an enthusiastic college student and a surgeon recognized around the world as a medical superstar. Fabregas, a veteran medical journalist, brings his medical background into his writing, describing the liver transplant surgery in remarkable detail.

Katy, who before her death at age 21 was enrolled at Indiana University of Pennsylvania, went through the transplant surgery in November 2005 even though she might have lived years without experiencing any serious problems.

“This is the best option I have right now,” Katy told her parents.

Instead, she became deathly sick a year after the surgery. After her mother begged doctors for a second transplant, Katy received it, only to die a few weeks later. Her death devastated Starzl, who had pursued what many consider the Holy Grail of organ transplantation: freeing transplant recipients from crippling anti-rejection drugs.

“I’ve never actually seen such an outpouring of grief,” said Starzl, a recipient of the National Medal of Science, the nation’s highest scientific honor.

Starzl, 86, retired from clinical medicine in 1991 but continued research until 2009. Findings of his complications study were published in the Journal of Hepatology.

Luis Fabregas is an award-winning, investigative/medical journalist based in Pittsburgh, Pa. Over more than two decades working in the health care field, including 13 years as a medical/investigative reporter for the Pittsburgh Tribune-Review, Fabregas has written about hospital infections, health care economics and organ transplantation.

Fabregas earned a master’s degree in communications and a bachelor’s degree in journalism from Duquesne University in Pittsburgh.