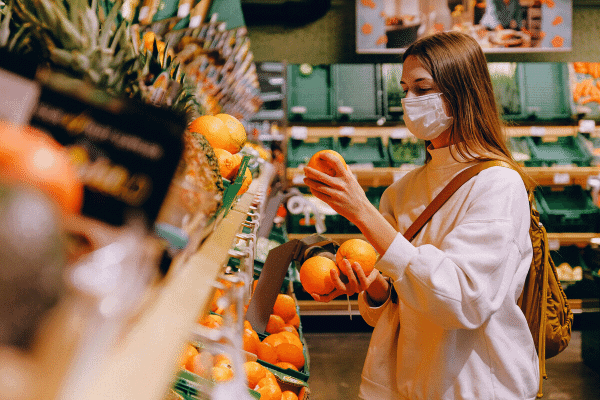 Every life lost is a tragedy, but it’s also a reality that none of us get out of this alive. The great discomfort we are enduring in this COVID-19 new-world-order is the lack of predictability, that feeling of randomness that this virus generates.

It was one thing when they thought only older, sicker people with multiple-morbidities were being targeted, but now we see five-year-olds succumbing, and people from 20-45 having 50% more strokes, plus otherwise healthy people dying from cytokine storms where our own bodies produce so many white blood cells they end up killing us a day after being diagnosed.

Some days this entire scenario feels like watching a little boy with a magnifying glass randomly burning insects on a sunny day. Who lives? Who dies? Is it only people with blood-type A? Is it primarily people of color or those with high blood pressure, diabetes, asthma, or lung disease? Are the majority of victims men? Is it a hospital quality and equipment issue? Or is it anybody COVID-19 feels like taking?

The other disconcerting issue is that facts about this disease are ever-changing, or worse yet, are being ever-spun, and, because it’s a Presidential election year, we are left with little to no dependable concrete information. Some facts we have been given are more like kid’s slim than concrete.  We hear or read something we think we can hold onto and then it is twisted, denied, down-played, or dismissed by both sides before the day is done.

So, now we are at another major fork-in-the-road. It’s the roll-of-the-dice fork. Some people think their freedom and the potential infection and possible death of their fellow man is worth the trade-off of living without restrictions. They don’t want to distance, to wear face masks, to isolate, or to be cautious. One family shot and killed a security guard in Michigan for attempting to enforce the face mask recommendation.

Do these people not fear death? Do they believe they have a secret formula that protects them from the disease? Are they suicidal, arrogant, or is it just a form of desperation? Did they not listen to the warnings, or study the statistics? I realize many believe getting the economy restored at a potential cost of hundreds of thousands of lives is actually a no-brainer compared to a lost home, no food, or death to themselves, their family, or neighbors? Are they warriors or are they sheep? And do we collectively become the collateral damage.

When the motorcycle helmet law was repealed, did those danger-loving people who rode without helmets have a death wish? Did they feel superior to others who wore them? Maybe some of them did?  Maybe the feeling of the air blowing through their hair and bugs exploding on their forehead was worth the risk of permanent brain injury or death from an accident.

The bigger question is, however, when they did wreck and live, did we, as a society, end up paying for their hospitalization, their rehab, and, in some cases, their life-long care? It’s like never questioning running a financially unsustainable neonatal intensive care unit for those helpless, addicted babies whose mothers continued to drink, use methamphetamines, or opioids. We’ve also continued to carry the cost of many of the victims of gun violence who had no insurance, and for uninsured victims of impaired-driver automobile accidents.  It’s Collateral damage.

As a former healthcare CEO, the most disconcerting thing to me is that collateral damage being done to our healthcare workers. They have become the soldiers in wartime who were killed by friendly fire. But the decisions being made during this pandemic seem more like  unfriendly fire. Do we really have so little positive feelings toward these heroes that we will risk their death for that feeling of the wind in our hair? Please be cautious as we re-enter our world. These are not normal times.

He has served as President of Windber Medical Center and in senior leadership roles for Mercy Medical Center and the Conemaugh Health System. He was President and co-founder of the Windber Research Institute, a genetic research institute and bio-repository.  He also founded the Clinical and Translational Genome Research Institute, a Pharmacogenomics research institute now affiliated with Southern California University.

Nick is a consultant for the United States Department of Defense Clinical Breast Care Project and was responsible for creating the Conemaugh Health Foundation, Mercy Healthcare Foundation, and the Laurel Highlands Educational Foundation.

A former professional trumpet player and teacher, Nick is the father of two children, has six grandchildren, and lives in Windber and Pittsburgh, PA.