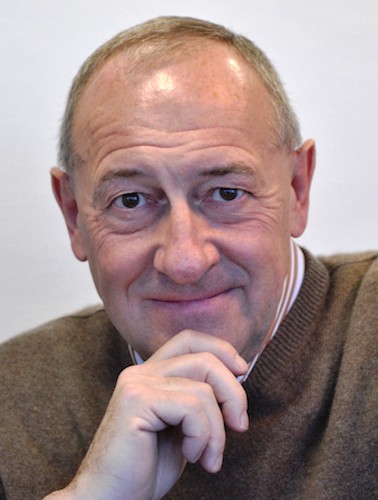 It’s no mystery why oncologists are eager for an improved array of therapeutic options. Certain important targets that are considered crucial to advance the state of care, such as RAS family members and various transcription factors, are considered so far “undruggable” using small molecules. At the same time, there is a growing recognition that in the era of personalized medicine, more flexible strategies are required to address the specific needs of individual cancer patients. As it turns out, one exciting area that could have the power and flexibility to address these challenges is immuno-oncology. RNA interference can be used to further improve immuno-oncology and expand approaches as well as to develop therapeutics for “undruggable” targets.

One of the key benefits of immuno-oncology is the ability to modify a patient’s immune cells in ways that can make those cells more capable of fighting and killing cancer cells. In the laboratory, specific checkpoints on the surfaces of immune cells removed from the body can be modified, traditionally using antibodies, to sharpen their attack before being reinfused into the patient. But there’s a hitch: there are separate classes of checkpoints on cell surfaces, each of which can require modification. Multiple antibodies can be used simultaneously to modify these various checkpoint types, but this approach is not only costly and technically challenging but also harbors potentially harmful side effects. The ability to address different classes of checkpoints without putting the patients in harm’s way is one of the goals of oncology research today.

This explains the excitement surrounding RNA interference (RNAi), a biological process whose discovery won Andrew Fire and Craig C. Mello the Nobel Prize in Medicine in 2006. Now, more than a decade later, the first commercially available application of RNAi, Alnylam Pharmaceuticals’ treatment of the polyneuropathy of hereditary transthyretin-mediated amyloidosis in adults, represents a major milestone for this novel and transformational compound category and should open the door for more approvals in the years to come. In a broad sense, RNAi can be used to inhibit the growth of proteins that are normally expressed by the body. In the particular context of immuno-oncology, RNAi can be harnessed in the lab to inhibit the growth of proteins in immune cells that otherwise would impede their function, freeing them to attack cancer.  RNAi can play a key role in a wide range of cutting-edge approaches associated with adoptive cell transfer, such as blocking the expression of checkpoints.

While the promise of RNAi has been known for some time, for years, one of the challenges with this mechanism has been the delivery of drug compounds inside cells to target specific classes of checkpoints and other cellular targets, but this situation is rapidly evolving. The development by RXi Pharmaceuticals of so-called “self-delivering” RNAi compounds (sd-rxRNA®)—which are currently in several clinical studies and in which the druglike properties are integrated into the compound itself rather than combining it with a delivery vehicle—could represent a step forward.

There are three distinct reasons why oncologists might find sd-rxRNA exciting. First, RXi Pharmaceuticals’ self-delivering technology potentially introduces RNAi into the world of cancer therapy for the first time. What was once viewed as a research tool, has now demonstrated clinical benefit for patients in multiple applications. Second, the RNAi approach presents a practical way to tackle a host of targets that are considered undruggable by small molecules; and in addition, the expression of a wide variety of checkpoints can be inhibited simultaneously—affording a power to enhance immune cells’ cancer-fighting ability that the use of antibodies does not possess. In other words, sd-rxRNA is able to target intracellular targets where antibodies and small molecules cannot. A third reason for excitement is that the sd-rxRNA approach is highly complementary to other cutting-edge forms of immuno-oncology, such as CAR T-cell therapy, without adding much to the costs involved—and it can also be used in tandem with more traditional approaches to cancer treatment such as chemotherapy.

After seeing positive results in other applications, such as in dermatology and ophthalmology, RXi Pharmaceuticals expects to enter the clinic with its first lead oncology sd-rxRNA compound by the end of next year, although it is still refining its long-term pipeline. Because the company believes that many of the therapeutic areas in which sd-rxRNA could be most useful are relevant to solid tumors, it is likely that solid-cancer tumors could be among the first to be addressed by this technology.

The potential of sd-rxRNA—which draws on a Nobel Prize-winning discovery to address the enduring challenges of undruggable targets and the need for more personalized approaches to individual cancers—could offer oncologists a new way to address the needs of their patients.

The 7 Major Benefits of CBD on Your Dog

Co-Founder and CEO Chad Price Talks About the Origins of His Successful Business Venture, Mako Medical

Tips on How to Manage Anxiety

Things to Keep in Mind Before Going to the Nearest Botox...