It all started with the “peace gun.”

Dr. Robert Hingson, a renowned anesthesiologist in hospitals across the country for 50 years, invented the peace gun as a means of providing needle-less inoculations to as many as a thousand people an hour.  From 1958 to 1980, the organization he founded, the Brother’s Brother Foundation (BBF), immunized more than 10 million people — and has grown to be one of the largest international relief and development foundations in the United States.

BBF is a Pittsburgh-based non-profit that promotes international health and education by distributing donated medical and educational resources.  Since 1958, they have sent medical supplies to over 145 countries around the world.  Just last year, BBF distributed nearly 3,000 tons of medical supplies, textbooks, and food to more than 66 countries.

BBF receives in-kind contributions of medical supplies from hospitals and health care providers that are no longer usable for a variety of reasons — perhaps because a hospital system has replaced a product line — such as surgical kits where an item has been removed but the rest of the package can be used, examining tables or IV poles that have been replaced by new ones, and kidney dialysis chairs.  “This year we’ve received 7,000 to 8,000 bottles of prescription medicine” said Luke Hingson, Dr. Hingson’s son and BFF’s current president.

These items are brought to a BFF warehouse — and repackaged or repaired — until they are needed.  As for how these items get to the people who need them, the smaller items are hand-carried by people going abroad.  The bigger items are placed in large metal cargo containers that go onto ships going overseas.

“In the past two to three years,” said Hingson, “we’ve provided medical items for almost 2,000 medical facilities in other countries including 400 hospitals and 600 clinics” in Asia, Latin America, Eastern Europe, and the United States (with assistance to victims of the devastating tornados earlier this year in Oklahoma and Hurricane Sandy on the East Coast last year).

In addition, Hingson wrote in the BFF July newsletter, during the first six months of 2013, “product contributions totaled $72,820,292 and product shipments totaled $63,884,716. Direct shipments went to people in need in 48 countries.”

But they want to do more.

According to Hingson, there is a surplus of medical supplies in the Pittsburgh area, but it is limited.  If the organization is going to have access to more medical supplies it will have to reach out to other areas with larger populations.

As a result, BBF has taken over the assets (including a warehouse to contain medical supplies) of CrossLink International, a similar organization in Fairfax, VA, in order to increase its access to a larger medical community including healthcare providers in North Virginia, DC, and Maryland. The grand opening of the BFF warehouse occurred on July 27th of this year and was attended by both BFF and CrossLink (now BFF board) personnel.

And  increased donations of useable medical supplies will allow BFF to continue –and increase — its assistance to under-funded medical facilities around the world.  For example, in Africa, not only do hospitals have trouble purchasing much-needed medical supplies and paying its nurses and medical staff, but there are 100-bed hospitals that can only afford to have electricity half the day.

From its beginning, Brother’s Brother Foundation has prided itself on its ability to effectively and efficiently carry out its mission.  To reinforce its stature as an “efficient and effective” nonprofit, BFF has been rated by Forbes Magazine as one of the top three most efficient charities with a 100% rating in fundraising efficiency.  Forbes also selected the organization as the 38th largest charity in the magazine’s list of the 100 largest charities in the Unites States.  In addition, Charity Navigator reports that 99.6% of donations go to programs and less than 1% is spent on administration. 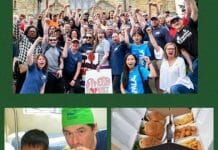 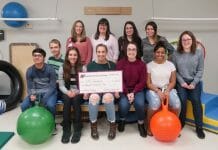 Never Too Young to Make a Difference