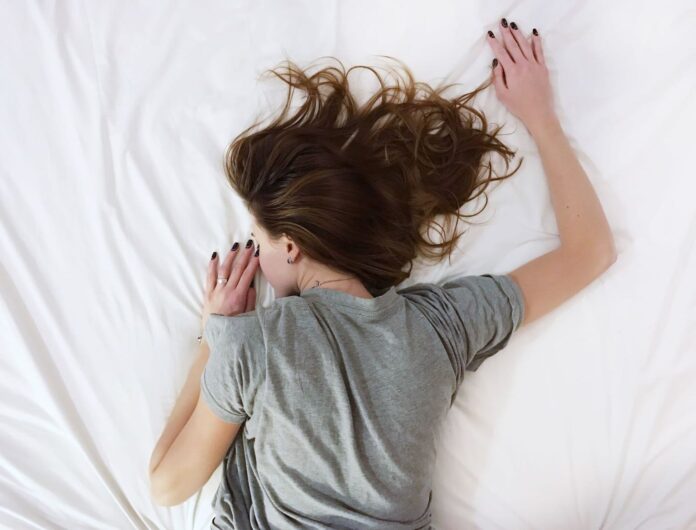 Increased stress levels and sleep disorders, such as sleep-disordered breathing, sleep deprivation, narcolepsy, restless legs syndrome and insomnia, have prompted growing demand for innovative sleep aid devices. This trend coincides with a shift away from sleeping pills and sedatives due to their addictive nature and side effects, such as impaired memory and focus.  According to a report by Future Market Insights (FMI), the global sleep aid devices market is projected to be valued at more than $29 million by the end of 2026.

The best sleep aid devices support natural nasal breathing, which is essential for optimal health because it filters, warms and humidifies inhaled air. This protects the lungs, leads to better oxygen supply to the body, stimulates the calming nervous system, and reduces snoring and sleep disordered breathing. All of these factors contribute to a stronger immune system and improve quality of life.

Among the most promising sleep aid devices, innovative stent-based therapies not only support healthy, natural, nasal breathing, but also enhance athletic performance, mitigate symptoms of chronic sinusitis and other quality of life conditions, such as allergies, rhinitis, chronic rhinitis, sinusitis, allergic rhinitis and many autoimmune diseases.

This medical device can be inserted by the patient into the nose and throat at night and removed in the morning – comparable to the ease of wearing contact lenses. Airway stents can transform unhealthy sleep patterns and improve nasal breathing to increase oxygen supply and result in more relaxing sleep.

More than one-third of American adults don’t get enough sleep each night, despite an increased risk of developing chronic conditions, such as obesity, diabetes, high blood pressure, heart disease, stroke and mental illness. The issue for many people is sleep interrupted by snoring, sleep disordered breathing—a potentially serious sleep disorder in which breathing repeatedly stops and starts—and inability to breathe through the nose.

Sleep deprivation is associated with growth hormone deficiency and elevated cortisol levels, both of which have been linked to obesity. Disrupted, poor sleep quality can also impair metabolism and lead to significantly increased risk for diabetes. Shorter sleep times in individuals treated with both insulin and oral glucose-lowering medication have been associated with higher risks of all-cause and cardiovascular disease mortality.

An estimated 45% of adults snore occasionally and 25% snore regularly. Besides CPAP, other treatments include oral appliances and surgery. CPAP pushes air into the airways to keep them open with a pump that controls airflow, a tube carrying air from the machine to the user, and a mask that goes over the mouth, nose or both. Typical problems with CPAP include discomfort, leaky mask, trouble falling asleep, stuffy nose and a dry mouth.

Sleep disorders have become a significant health issue in the United States, with 22 million Americans living with sleep apnea and 80% of moderate and undiagnosed severe obstructive sleep apnea (OSA).

OSA occurs when the muscles that support the soft tissues in the throat, such as the tongue and soft palate, temporarily relax narrowing or closing airways and momentarily cutting off breathing. Untreated OSA can lead to high blood pressure, congestive heart failure, atrial fibrillation, stroke and other cardiovascular problems. This disorder is also associated with Type 2 diabetes and depression and is a factor in a large number of traffic accidents due to persistent drowsiness.

When it comes to choosing the right airway stents, choose those that are made of nitinol, a nickel-titanium alloy that has super-elastic characteristics. They should be clinically proven to support the upper airway passage to allow for better airflow and easier breathing, improve nasal breathing and enhance sleep and physical performance.

The stents should also have been clinically tested for treatment of patients struggling with OSA and snoring and designed to support healthy, natural, nasal breathing at night and during the day. The best stents on the market can be worn comfortably for up to 18 hours at a time for optimal breathing—and a better night’s sleep.

How to take care of hair extensions?

What You Should Know About Vehicle Safety Features

How to Find Sober Living in Venice Beach