Encompassing roughly one in five dollars in the US, healthcare spending remains at an all-time high. For many in Western Pennsylvania, access to healthcare is a challenge. Through a variety of reforms in the Patient Protection Affordable Care Act of 2010, individuals can more easily access healthcare coverage and care in our local communities. Nevertheless, these reforms have faced a notable amount of skepticism, ridicule, and even obstruction. Despite the fact that ACA remains the law of the land, this continued instability has and will continue to have big impacts on local healthcare.

As it turns out, these impacts affect everything from overall coverage to primary care access and the status of rural hospitals in Pennsylvania.

The situation of rural hospitals in Pennsylvania was dire before the Affordable Care Act. With the passage of Medicaid expansion in the state, many of the most financially-dire hospitals were brought back from the brink. Despite this progress, potential risks remain.

Western Pennsylvania has seen a rapid increase in opiate use over the past decade. A similar problem exists throughout much of Appalachia and the surrounding communities, presenting unique challenges to hospitals, law enforcement, and primary caregivers.

With the fate of the Affordable Care Act in limbo at present, funding for many addiction treatment centers throughout Pennsylvania could soon be in jeopardy. With more than two dozen Substance Abuse Service clinics in western Pennsylvania reliant on federal tax dollars from the ACA, all could be faced with resource reductions or outright closures if major changes to the program occur.

Coupled with the fact that Pennsylvania recently secured nearly $30 million from the federal government for opioid addiction, tens of millions of dollars to combat drug addiction in Pennsylvania is potentially vulnerable under any ACA revisions.

A Loss of Insurance Options

If sudden changes – particularly in the realm of spending cuts – to the Affordable Care Act occur, then the local health insurance marketplace landscape could change suddenly in Pennsylvania. With a total of five insurers providing coverage throughout the state, Pennsylvania is in a better position in terms of choice than many other states.

However, if Medicaid expansion and/or other monumental funding changes to healthcare happen, the number of insurers in Western Pennsylvania could decrease. With more than a dozen counties currently only served by one insurer, the situation is dire. Major changes to the ACA could result in no insurance companies providing access to healthcare in these areas. If this affects you, find out about your coverage options at medicalhealthinsurancetoday.org.

Healthcare operates most efficiently when stability is present. With the Affordable Care Act facing a variety of uncertainties, it becomes harder for hospitals, doctors, and even patients to make the best decisions possible. For as long as there is uncertainty surrounding the future of the ACA, Western Pennsylvania will likewise continue to face a series of potentially challenging healthcare issues.

Regular check-ups to not skip for good health 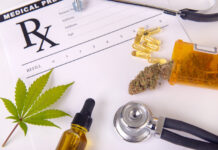 How Cannabis Has Been Helping In The Medical World

Composite Bonding Melbourne: All That You Need to Know

Work and Sickness: What You Need to Know