Jake Kennedy and Dalton Hoiles are more accustomed to hitting fastballs or chasing down fly balls than playing Bingo.

The two Butler BlueSox players recently learned the finer points of Bingo during a game with their fellow residents at Newhaven Court at Clearview, a senior living community in Butler. The players moved in as part of the host family program the BlueSox utilize to find summer homes for their players during the college wooden bat Prospect League season.

“We thought a little bit out of the box,” said Gary Renwick, Executive Director of Newhaven Court at Clearview. “We wanted to be part of the host family program. Jake and Dalton now are part of our community’s family.”

Even though Kennedy and Hoiles have spent more than a week at the community, Newhaven Court at Clearview will hold an official welcoming party at 2 p.m. on June 15.

Residents at the senior living community typically range in age from 70 to 90.

Kennedy, a 21-year-old catcher, and Hoiles, a 20-year-old outfielder and son of former major leaguer Chris Hoiles, don’t look like a typical resident at Newhaven Court at Clearview, but they fit in nicely and are treated like grandsons by the seniors.

“It’s a pretty good living situation,” said Hoiles, who, like Kennedy, attends Shippensburg University and plays on the college’s team during the spring. “They enjoy us being there. I guess you could say they feel young again and they enjoy seeing someone different walking around. It’s good for them. It’s good for us to bond with them. I think it will be a good relationship.”

The young players are treated like heroes. In addition to being asked to play Bingo or participate in conversations and meals with the senior residents, Kennedy and Hoiles have created a buzz throughout the community.

The “BlueSox Leaderboard” is in the front lobby of the community. The leaderboard provides updates on how Kennedy and Hoiles are doing statistically.

“We put a big banner in the front lobby when they came here,” Renwick said. “Everybody who comes in and sees the banner is super excited. 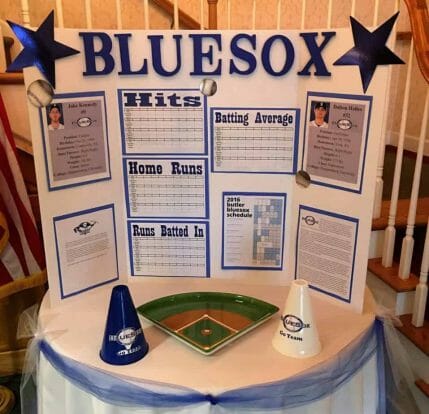 “I think it’s a great thing, and I’m hoping they take this as a life lesson. I hope it impacts their lives,” Renwick added. “From an inter-generational aspect, it’s a huge thing for us. Small children coming in here to visit or pet therapy has a huge impact on the residents. This takes it to another level. I have a couple gentlemen here who come up to me every day and ask me how the ballplayers are doing. They look at these boys as baseball players and as celebrities. It’s kind of cool.”

Larry Sassone is one of the BlueSox owners. He also handles marketing duties for the team. Larry and his wife, Terry, coordinate the host family program.

Over the years, families in the Butler area have made an impact on players and the organization by serving as host families.

Newhaven Court at Clearview has provided a different perspective.

“It’s been an awesome thing,” Larry Sassone said. “It has to have a great effect on the residents out there. I’m hoping they treat them like their grandsons and interact with them. It seems like it’s working out great.”

Terry Sassone communicates regularly with the players and Renwick.

“First I say, ‘Boys, are you behaving yourselves?’” she joked. “The other night they played Bingo with the residents. That was awesome. We introduced the boys to Gary (Renwick) when they came into town. Oh, my goodness. There were big baskets in their apartments. There were banners welcoming the players. The boys felt so welcome.”

“These players are coming to a place they’re not familiar with,” she explained. “They’re coming to a new town and a new team. They were made to feel at home right from the outset.”

Kennedy and Hoiles have a hectic schedule that includes daily practices and workouts as well as home games and road trips. Yet, they try to spend as much time as much as possible with their new neighbors.

“It’s going well,” Kennedy said. “We don’t have too much time to be around because we have to work out or head to the park for games. But everybody loves us. It’s great to interact with the older people, communicate with them and talk about how we did in the game. It’s a good time so far.”

This is the BlueSox eighth season in Butler. The team plays 60 games, with 30 home dates in the 12-team Prospect League.

Larry Sassone said the BlueSox might be trail blazers. Other teams might explore the possibility of having senior communities such as Newhaven Court at Clearview host their players for a summer.

“There are 11 other teams, and we all have host family programs,” Larry Sassone said. “When I go to the league meetings, this might be another alternative for other teams that are struggling to find host families. We could be setting a precedent for the league this year.” 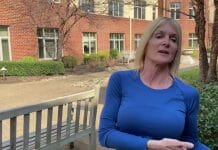 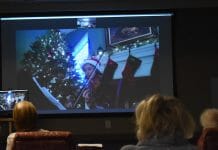 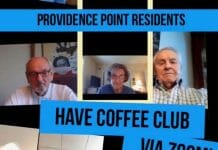