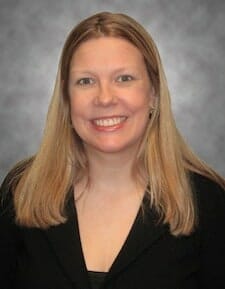 In an effort to improve the therapy payment system, Medicare now requires that Functional Reporting be completed for all Part B outpatient therapy claims for physical therapy (PT), occupational therapy (OT), and speech-language pathology (SLP) services regardless of practice setting. Section 3005 (g) of the Middle Class Tax Relief and Jobs Creation Act (MCTRJCA) amended Section 1833 (g) of the Social Security Act to require a claims-based collection system for outpatient therapy services. A six month testing period ran from January 1, 2013 to June 30, 2013. The July 1, 2013 deadline for Functional Reporting on claims has passed and if practitioners are not submitting G-codes with the respective severity modifiers they are or will begin seeing claim rejection letters.

Functional Limitation Reporting under Medicare presents a significant challenge to health care practitioners.  The coding is complex and burdensome.  However, for reimbursement purposes it is essential not only to include G-codes and severity modifiers on claims, but also to understand the complexities of coding.

For claims submission, practitioners must continue to report a nonpayable therapy code unless a beneficiary is under a home health plan of care (POC) (GP for a PT POC; GO for an OT POC; and GN for a SLP POC). Practitioners must also now report a G-code from 42 different Functional Limitation G-codes. These include six sets for PT and OT combined and eight sets for SLP services. The G-code sets contain the beneficiary’s current status, projected goal status, and a discharge status. The practitioner selects the G-code set that most closely relates to the primary functional limitation being treated regardless of discipline. The practitioner should choose the G-code set that is most clinically relevant to a successful outcome; would yield the quickest / greatest functional progress; or reflects the greatest priority for the beneficiary. Finally, “Other PT/OT/SLP” code sets should be used when one of the other sets do not describe the functional limitation.

Beyond these requirements, it is also imperative that practitioners document how a reporting decision was made so that the same decision making process can be used at the next assessment interval. As always, documentation to reflect accurate billing, coding and functional reporting is crucial to avoid claims being rejected and/or subsequent audits.

For more information on specific coding, go to http://www.cms.gov/Outreach-and-Education/Medicare-Learning-Network-MLN/MLNMattersArticles/Downloads/SE1307.pdf.

Stephanie Barr, Esq., is an attorney in the Health Care Department at civil defense litigation firm, Marshall Dennehey Warner Coleman & Goggin. A member of the American Health Lawyers Association, Ms. Barr focuses her practice on medical reimbursement, fraud and abuse, privacy and security, credentialing and licensing and anti-trust issues. She may be reached in Philadelphia at 215-575-2590 or [email protected] 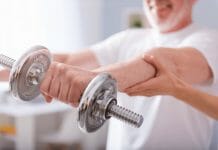 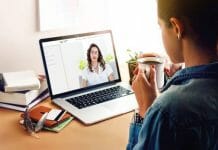 The History Of Online Therapy And Teletherapy

Heads Up on Concussions!

Get Ahead with These Four HealthCare Careers